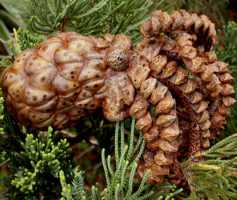 The idea that for every action there is a reaction applies just as much in culture as it does in physics. So just as life speeds up to the point where it is self-evident that many people are struggling to keep pace with its most basic demands, a small number of people are looking at ways of putting on the brakes. Most famously in 2004, the Canadian Carl Honoré established the Slow Movement. James Gleick was banging the same drum with his book Faster. We could all hope that as a result of such people asking for the brakes to be applied, things would slow down just a little now our attention had been drawn to the problem so that we could all feel a little better, take time to do things properly and maybe even do them better.

It was wishful thinking. Our need for speed is now so great that even technology news website ZDNet today (11 April) asked whether our impatience might scupper the next generation of technology. You know things have gone too far when the underlying cause of hurry sickness starts to eat itself.

But there are still a few wise heads around imploring us to take a breather, step back and think about things before we pass them on, act or form an opinion. One of  the most recent manifestations of this kind of thinking is the publication of a new magazine called Delayed Gratification. It’s telling that it is a publisher that is taking this step, in the footprints of The Idler , because information is increasingly the preserve of the screen, not paper. And that means that information is easy to access, instant and offered to us by the people who can best draw attention to it.

While Kindles, Google, blogs, Twitter, news feeds, rolling news and Wikipedia are great in many ways, they swamp us. We have no time to take stock and lose some of our critical facilities as a result. To illustrate this, consider the story of the endangered Pacific Northwest Tree Octopus. In 1998 a professor in Connecticut asked his students to research this creature. They quickly found a website  that described the plight of this poor creature and produced reports accordingly. Even when it was explained to them that it was part of a government funded study looking at their critical evaluation skills, many still struggled to accept that there was no such thing.

It’s easy to laugh at this, but it’s just another example of how instant access to information can sometimes make us believe things that we might decide are stupid or simplistic or irrelevant or misguided or whatever if we just took the time to digest them slowly.