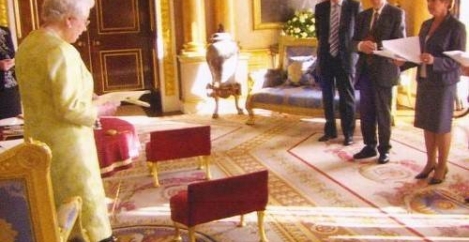 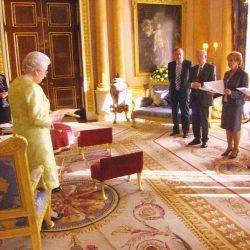 People who stand in meetings may enjoy a number of health benefits, but it can also make them feel self-conscious, anxious about how others perceive them, and disengaged from the meeting. These findings, taken from our recent study, suggest that efforts to encourage office workers to sit less and move more must acknowledge the realities of the workplace that conspire to keep people chained to their seats. Sitting has been linked to adverse health outcomes, including increased risk of obesity, heart disease, some cancers, and poorer mental health. While some evidence suggests that the harms of sitting can be offset by at least one daily hour of moderate physical activity, this seems an unrealistic target. Most of the UK population fails to meet physical activity recommendations and spends prolonged periods sitting. Office workers, who make up half of the UK workforce, are particularly inactive. Our 2015 study of 164 London workers found that, on workdays, they sat for 10.5 hours of the 16 hours they spent awake.

Breaking up sitting frequently with periods of standing and associated light activity can have important health benefits. Standing burns more calories than sitting and can improve the way our body uses glucose, which could reduce risk of cardiometabolic diseases. Standing may also encouragement movement, and so may promote more physical activity at work.

Standing in meetings offers the opportunity to sit less and move more. Meetings are a staple of office culture, and standing meetings can be more efficient and shorter. Yet, aside from the tech sector, where standing meetings are commonplace, most office workers generally don’t stand in meetings. Changing the sitting norm may depend largely on individual employees choosing to stand in workplace settings that are normally seated.

But what does it feel like to stand when all others are sitting? In our recent study, we asked 25 participants to identify three meetings that they already planned to attend. We instructed them to stand at some point in each meeting, for as long as they wished, and we interviewed them about their experiences after each meeting.

Some participants found standing unexpectedly physically taxing, reporting aches and pains, though this seemed to have arisen from their attempts to stand for the duration of the meeting. We did not instruct them to stand for the entirety of the meeting; because prolonged static standing can also harm health, the best strategy is to alternate between standing and sitting, or to move – for example, by rocking on your heels – while standing.

But the biggest issue people had with standing in meetings was that they found it a social minefield. The people we interviewed felt self-conscious while standing and worried that other attendees would see them as “attention seekers” because they were breaking an unwritten rule by not sitting.

Some were concerned that standing when the meeting host was sitting would be seen as a challenge to the host’s authority. Others worried that their standing would be interpreted as a lack of commitment to the meeting, as if they were getting ready to leave.

These concerns were most pronounced in serious or formal meetings. One person, for example, felt that it was inappropriate to stand when discussing job losses, for fear of being perceived to be belittling the seriousness of the meeting topic.

Our participants commonly dealt with these problems by standing in a position where they felt less visible to other people – but by doing so, some felt isolated, and less able to engage fully in the meeting.

There were some work-related benefits to standing, though. When hosting, participants felt that standing gave them greater confidence and authority. Others reported that standing kept them focused, not only because they were more visible to others, but also because they would normally “switch off” when sitting for long periods.

Attempts to support standing at work must acknowledge the complex unwritten social rules that govern office meetings. Our participants felt most at ease when they had forewarned other attendees – particularly the meeting host – that they intended to stand. Meeting hosts could suggest that attendees stand when contributing to a group discussion, and that attendees stand to applaud at the end of presentation-based meetings. There may also be relatively simple, practical ways of achieving this, such as removing some chairs from the room.

Perhaps more importantly, given the pervasive culture of sitting cited by our participants, employers should strive to create a culture that makes standing more normal. Elsewhere we have shown that when managers endorse breaks from sitting, this facilitates standing and movement in the workplace. Greater provision of meeting spaces with high tables and stools would not only provide physical and practical support, but also demonstrate that standing and moving between sitting and standing is acceptable.

Employees should ideally be involved in decisions to modify their ways of working, such as by making changes to office or meeting room layouts. This kind of engagement can also improve everyone in the office’s well-being. And employers and employees alike would surely agree that employee health and well-being is something for which we should all take a stand.

This feature was originally published at The Conversation

Image: By tradition the UK Privy Council holds it meetings while standing