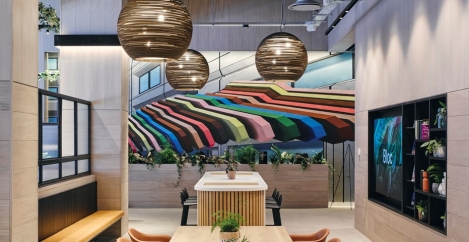 Wondering what to do about that office of yours? Hold the line. 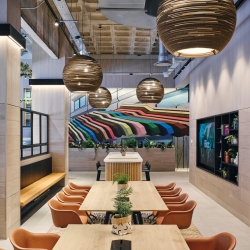 At the end of April, New York magazine’s cover feature was headed ‘Remember the Office?’ The article reminisced about a world of cubicles and water-coolers, coffee points and staff parties. Its tone was elegiac, implying that it wasn’t just the enforced distance of 13 months of COVID-19 restrictions that lent enchantment to communal workspace, but the possibility that offices had gone for good.?

It’s an easy enough impression to get on both sides of the Atlantic, when there are frequent announcements of organisations who have decided to capitalise on the forced homeworking trial of the past year and are asking employees to stay where they are.

Online bank Revolut is transferring the majority of its 2000 employees to permanent remote working and plans to make “collaboration spaces” of the office space it retains. BT is shedding 270 of its UK offices, aiming to keep only 30. US file hosting firm Dropbox is one of tens to have gone “virtual first”. Many others are talking about hybrid arrangements, where employees will be still expected in the office but only for one or two days a week.?

All this has led some pundits to claim that corporate headquarters are “finished”, and that companies should get rid of most of their office space as soon as they can find buyers or reach a break clause date in their leases, keeping only a rump for face-to-face meetings and any jobs that cannot be carried out remotely. It’s a tempting prospect for employer, with the potential for hefty property savings and an exciting project making over the few thousand feet you retain as funky lounge space, your own Groucho Club or Soho House where employees can stop by for the occasional coffee or teambuilding session.

But before you decide to go all in on homeworking, it’s worth stopping to consider the wisdom of making big decisions while the pandemic-induced economic and social flux is still in train. It’s also worth asking whether those who are now promoting the idea of universal “remote-first” working are not talking about life as they would like it to be rather than how it will be. 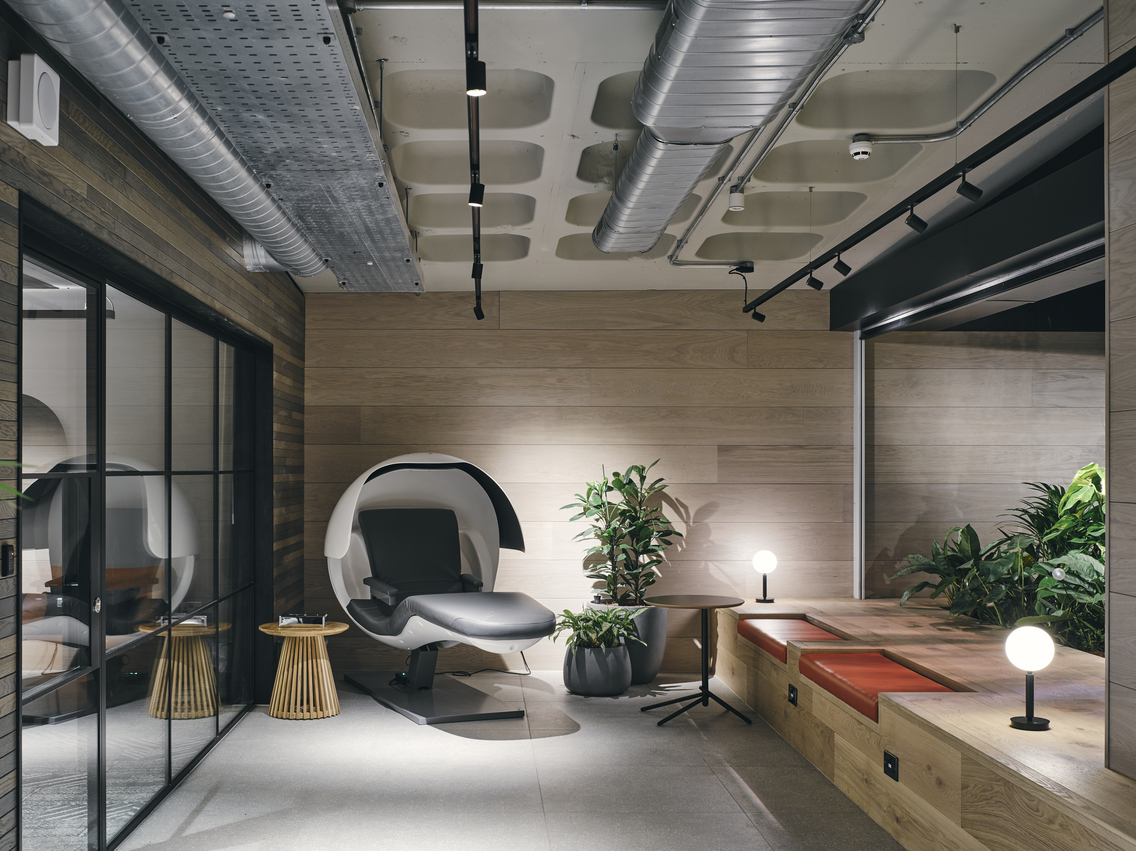 This is not the time the end of the office has been forecast. In the early 1990s, faster data speed and cheaper PCs led to experiments by big employers in basing hundreds or even thousands of workers at home. Then too, self-styled “futurologists” predicted a fire sale of corporate office space and the end of the commute. In the years after, many of the much-publicised homeworking programmes were quietly scaled back, even the ones run by corporations who stood to benefit from selling the idea to the rest of us.

The firm spared no expense in equipping home offices, but neglected to ask people how they felt about working from home

The change was incremental because it was driven largely by people opting in to working from home, employees whose domestic circumstances or long commute made it an attractive option. Those people are generally grateful for the flexibility and highly productive, whereas the inverse is often true of people who are given no choice.

Academics followed a group of UK sales trainers for one of the major IT corporations after they were sent to work in their spare bedrooms when the company sold off a floor of the regional office where they had been based. The firm spared no expense in equipping their home offices, but neglected to ask them how they felt about being exiled. The result was a study in dysfunction. One trainer erected framed life-size headshots of his colleagues on his home desk to keep him company and several of the team found thin excuses to go to what was left of the office and hang around forlornly in reception.

An organisation that relies on most people working remotely most days also risks losing some of the important benefits of physically sharing workspace. Research for the US Defense Department found that a majority of ideas that improved efficiency could be traced to discussions between people working in the same building but in different teams.?Those “watercooler moments” are notoriously hard to replicate virtually. 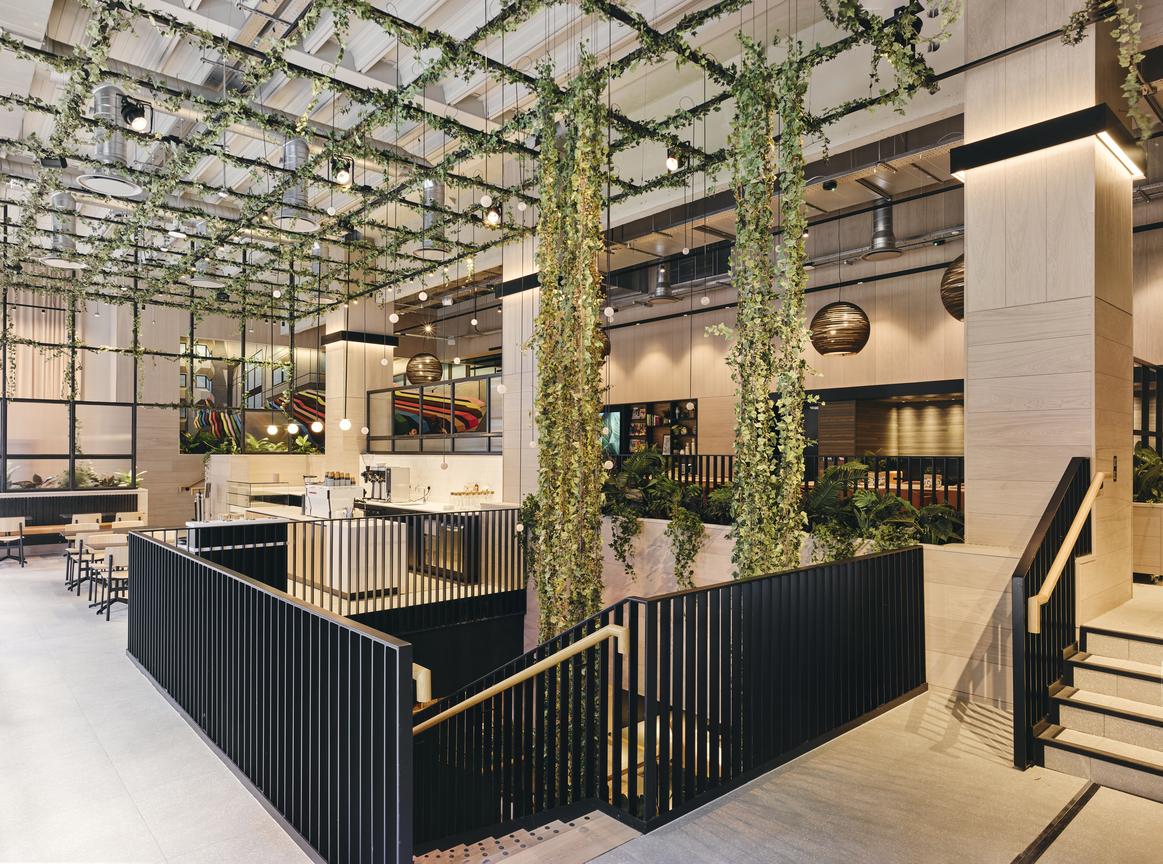 Then there is the problem of younger workers. In the first part of their careers (and arguable long after) people learn as much by observation as they do from instruction and training.

“I am very focused on the fact that I don’t want another class of young people arriving at Goldman Sachs in the summer remotely,” the investment bank’s CEO David Solomon told a conference in April. He made it sound unlikely the bank would make home working permanent. “This is not ideal for us and it’s not a new normal,” he said. “It’s an aberration that we are going to correct as quickly as possible.”

Those younger workers are also the ones who are most likely to have had the least comfortable experience of pandemic-enforced homeworking. Home working may have been no hardship for senior managers in the third act of their careers with suburban houses and spare rooms. But for people keen to own property in their 20s or 30s, the outpacing of wages by property prices in the catchment areas for the UK’s cities has led to compromises in shared ownership.

Tiny flats were manageable when co-owners could spend most of their time out and about, but they have made for poor live-work space. After a year staring at a screen in the room where you sleep, a few hundred square metres of open-plan office floor might seem like a welcome change of scene. And if it did, then the news that it wasn’t available to you any more might send you looking for an employer that still let you “go” to work, with a resulting talent drain for the virtual-first organisation. 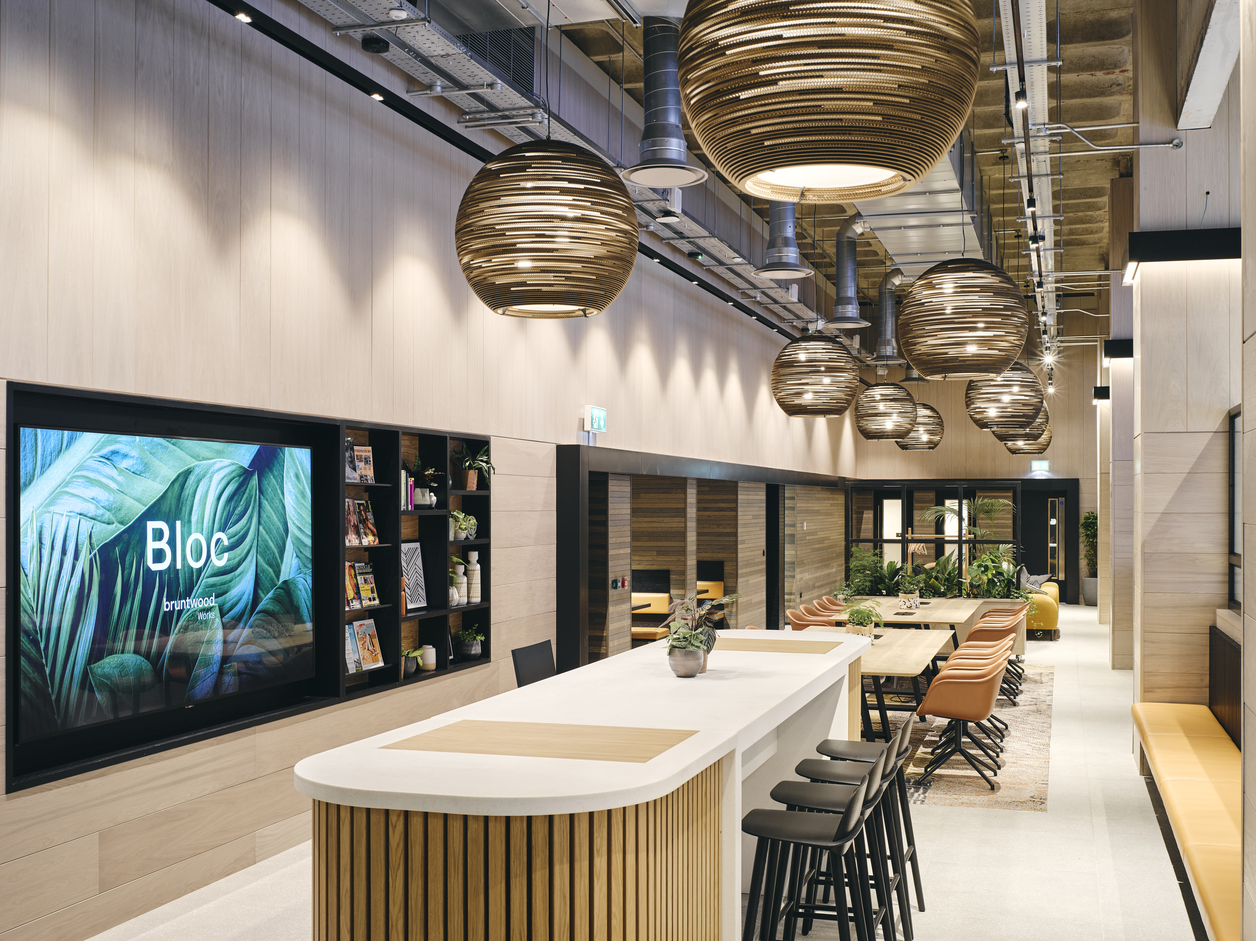 The nature of nurture

In post-industrial, service-heavy economies, how an organisation nurtures its main value generator – its human capital – is of increasing interest to institutional investors. Fund managers such as Vanguard and Legal and General have stewardship specialists evaluating the companies who stock they hold on issues such as climate-change preparedness and human capital management, because they see unconcern about these issues as an investment risk.

Regardless of whether you believe people are your best asset, they are probably your most costly one

Larry Fink, CEO of BlackRock – which manages $6.4 trillion of assets on behalf of its clients – only slightly less than the combined annual GDP of the UK and Germany – said in a recent open letter to CEOs that his firm’s investment decisions would be based not just on historical share performance but on “governance, including your company’s approach to board diversity; corporate strategy and capital allocation; compensation that promotes long-termism; environmental risks and opportunities; and human capital management.”

Regardless of whether you believe people are your best asset, they are probably your most costly one. Whatever you spend on office accommodation it will be a lot less than you spend on paying your staff.? Saving on the former at the risk of making the latter less productive sounds like a false economy. It’s true there are businesses whose profit and loss accounts look so piteous after the past 14 months that they are faced with a bleak choice of offloading real estate or workers. Most employees offered the choice of a home-based job or none at all will go for the former, especially in an uncertain economy. But in those organisations that have weathered the pandemic, the same logic does not apply.

Many employees many not want to go back to exactly the same way they worked in 2019; but the degree to which they don’t want to go back to it will vary. The best way to find out who wants what in any population of workers is to ask them. Then make plans to suit them as best you can.

But best not to make any arrangements too permanent. They have just been through a period of upheaval – some will have fallen in love with homeworking, some will be sick of it, but both reactions – and all points between – may not be permanent. Better to allow for that possibility by allowing for increased remote working for those who want it and whose jobs it suits. Meanwhile, even if a majority don’t want to come in often, hang on to your office space, even if you want to rearrange some of it for more team-based work or meeting space. Wait a year and then ask the again; make any adjustment you need to working arrangements and only then look at the implications for how much office space you need.

There are plenty of employers adopting this moderate approach. Amanda Cusdin, chief people officer at accounting software company Sage told the BBC’s Today programme that the company was happy to embrace hybrid working and that working groups of employees had come up with a set of principles focused on service delivery, maintaining trust and fairness, face-to face collaboration and experimenting with new ways of working. Each team will come up with their own agreements; what works for them, what works for the needs of their part of the business and that’s what we’ll put in place. And we’ll be ready to change and adjust as we see how it works.” Most importantly, she said Sage is not giving up any of the space for 1,800 employees at the Newcastle headquarters it commissioned before the pandemic. There will be flexible team space, gym facilities, even faith rooms but also, crucially, a lot of fixed workstations. “We know a lot of people don’t have quiet space at home to work and would rather do it in the office, she said.

It’s a cautious way of responding to the ongoing convulsion of the pandemic, it doesn’t generate big property savings and it’s unlikely to earn any commendations from the work futurologists. But it’s a response that values employees as a resource to be nurtured, rather than just relocatable units of production. And it’s probably good business.

Louis Wustemann is a freelance writer, editor and speaker on workplace issues.

This feature is taken from issue 7 of IN Magazine