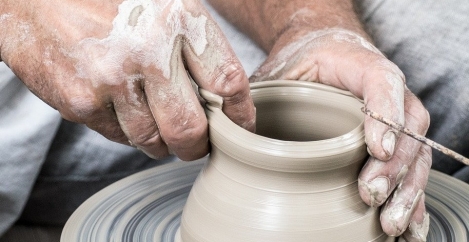 Working from home could energise some of our overlooked cities 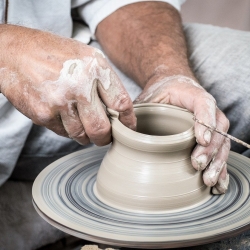 For years, we have been promised a work-from-home revolution, and it seems that the pandemic has finally brought it to pass. In April this year, at the height of the first wave of coronavirus, 47 percent of people in the UK were working from home, the vast majority of them doing so because of the pandemic. In a sense this is overdue: the work-from-home potential for UK employees is 32 percent; in France, Germany and Italy between 24 percent and 28 percent.

This structural transformation has the potential to at least partially undo another transformation from the previous century. With the decline of manufacturing in the United Kingdom after the 1970s, some cities – incuding Hull, Sheffield, Bradford and Stoke-on-Trent – entered a spiral of high unemployment and out-migration that has lasted to this day. This trend is echoed in other “rust belt” cities such as Saint-Etienne in France, Wuppertal in Germany and the American city of Detroit.

The rise of working from home could end that spiral – if the right conditions are met.

It’s unlikely that flexible working will end when the pandemic does – we will instead probably see workplaces encouraging a mix of in-office and home working. Some organisations may start asking workers to be in the office for only two to three days per week, while others may opt for a “conference model” (that is, a few consecutive days or a week per month for all employees).

This does not mean the death of big cities. London will probably stay attractive and innovative thanks to its very strong initial advantage. San Francisco and Seattle in US, Munich in Germany and Amsterdam in the Netherlands will all remain hubs for knowledge workers. Scholars believe face-to-face still rules when it comes to creativity, and such cities provide an environment that is conducive to innovation.

But rust belt areas are cheaper and can attract skilled workers to regularly spend more time there once the pandemic is over.

How can formerly deprived cities thrive after the pandemic? To understand the potential for revitalisation of rust belt cities, we can invoke the job multiplier effect. This is where the presence of skilled workers helps create other jobs through increased demand for local goods and services. For example, after their day on Zoom (at home or in a local co-working space), skilled workers will want to go out. In this way they support a barista, a waiter, a chef and perhaps a taxi driver. Some will decide to renovate the house they live in, and ask a local architect. Once or twice a week they go for yoga. They may need a dogsitter when they travel.

This is not the only mechanism that could help with local revitalisation. Some of the people regularly spending more time in rust belt areas would be entrepreneurs, and we may see new business creation, as they seize new opportunities in industries such as culture, renewable energies, tourism, quality agro-food or handicraft.

In principle, therefore, our increased ability to work from home could lead to new growth opportunities.

But there are important caveats. Not all rust belt cities will be able take advantage of the post-pandemic world. After all, there were large differences in labour market performance after the 1970s, when the aggregate number of manufacturing jobs started to decline.

In the UK, both Middlesborough and Slough had 44 percent manufacturing employment in 1970. But their experience was vastly different in the three following decades, with Middlesborough employment declining by 13 percent per decade and Slough employment growing by 12 percent per decade. Places such as Norwich and Preston in the UK, Bergamo in Italy, and San Jose in the US were traditional manufacturing hubs that nonetheless performed well in the decades that followed the start of manufacturing decline in their countries.

To understand why we may see large differences across different cities again with the rise of working from home, we first have to think about differences in what economists call human capital endowments – this relates to the skills of the workforce in a particular place. For example, if locality A has a greater share of the workforce with a university degree than locality B, it has a higher human capital endowment and is more likely to recover from industrial decline.

The skill level of the workforce is important for the task of local reinvention – in our research team’s analysis of the reinvention potential for cities, we used the share of the workforce with a university degree as a proxy for this. To distribute these advantages across the board, scholars studying declining areas have called for measures aimed at boosting training and facilitating the assimilation of knowledge and innovation.

Another important challenge is the digital divide – the gap in speeds between areas with privileged access to the internet and the rest of the country. In the UK this is more than just a gap between urban and rural parts of the country – inner-city areas in London, Manchester, Liverpool and Birmingham are also left behind. A large reduction of this gap was important for job creation before COVID-19 – it should be a top priority now.

Local amenities also play a role. For skilled workers with family ties in a specific area, once they decide to regularly spend more time outside London, the choice of location is often pretty clear. For skilled workers without such ties, factors such as the cultural and recreational activities on offer in a new city become important, especially since they are used to a vibrant selection in London.

Overall, rust belt areas in Western economies face some opportunities for regeneration with teleworking, but there are also several important challenges. To maximise the potential for success, governments should consider measures that boost training, investment in high-speed broadband and improve transportation links between these cities and London.

These kinds of investments would help smaller cities such as Middlesborough, Hull and Stoke-on-Trent take advantage of the new opportunities presented by telework. Otherwise Manchester and, to some extent, other larger cities such as Birmingham and Liverpool could be the winners, among the rust belt, in the post-coronavirus work-from-home economy.

Michel is Assistant Professor in Economics at the University of of Essex. He holds a Phd from Berkeley and  is a Research Fellow at IZA and CReAM