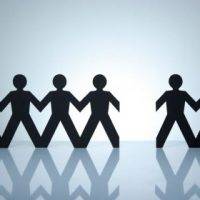 Nearly a quarter (23 percent) of employers still don’t record, monitor or even bother to manage sickness absence within their organisation, claims research from Group Risk Development (GRiD). Staff absence has remained static or is improving for the majority of employers, and of those that did record staff absence, 25 percent of companies say their absence has improved over the last 12 months, while for 10 percent it has worsened. Over half (55 percent) of employers said that, on average, their employees take five or fewer days off sick each year, 4 percent said on average their employees took more than 15 days off. It’s stating the obvious but given the fact so many employers disregard absence management, GRiD advises that the starting point is for companies to establish an absence policy. Their staff need to know what action to take if absent – such as who to call, and any absence needs to be recorded and monitored; as when companies know why their staff take time off work they can put appropriate measures in place.

Worldwide progress in creating sustainable building regulations is slow Podcast: bonuses, motivation and why business leaders might do well to steer clear of politics