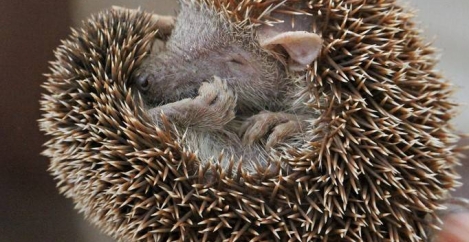 We might spot patterns in office design, but a global picture is beyond us 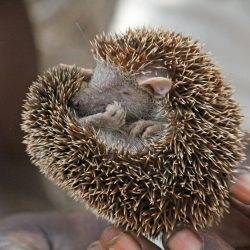 The ongoing evolution in the design of the places we work has much in common with evolution in the natural world. But whereas natural selection is dependent on its ‘Blind Watchmaker’ to indirectly shape creatures in response to the constantly changing forces in their environment own, office design is anything but blind – at least it is when done intelligently and with insight.

To push this metaphor a bit further, evolutionary theory suggests that it is no great surprise that similar although unrelated natural forms develop in different parts of the world.

So, what sort of animal is pictured at the top of this page? Obviously it’s a trick question or I wouldn’t ask. It’s a tenrec, a native of Madagascar, some species of which look almost exactly like a hedgehog. Even though the two animals share no common ancestors, they have evolved very similar forms in response to similar challenges in their environment. The fact they look so similar is a coincidence but one that is to some degree inevitable.

It sounds a reasonable and familiar enough idea and so we find similar office design principles and forms – both in terms of product and interior design – being developed independently around the world in response to the challenges we all share.

It is here that our analogy starts to unravel. Whereas animals have evolved in at least some degree of geographical isolation, workplace design is influenced not only by local forces but those that are shared globally and by what designers see elsewhere.

There has been a tendency for some commentators to bemoan this, claiming that it leads to a homogenisation of design and our surroundings, but I am not so certain things are as simple as that. For one thing cultures still vary in many ways and local markets are likely to be influenced by what has gone before. While we all face broadly the same challenges in managing technology, communications and economic conditions, the prevailing culture in different regions does not inevitably drive the same results in terms of design.

That is why America still has its residual cubicles and cubicle-derivative products and, along with parts of mainland Europe, still sees the open plan per se as revolutionary while other parts of the world see it as mainstream or even old hat. ( A fact also worth bearing in mind when you consider the debate about open plan. What is meant by the term is different in the US and Europe, as are the arguments about their merits and drawbacks.)

The creation of these local ecosystems means that studies such as this recent report defining a set of international space standards for commercial buildings can only be read in context. Even then, it’s an increasingly futile exercise, given the constantly shifting parameters and introduction of game changing principles such as coworking.

For example, the argument that a reduction in space standards to, say, 150 sq.ft. per person is a serious challenge look completely baffling in the UK where the idea of giving people that much space would often be deemed extremely profligate. That’s even before we assess the full meteoric strike from coworking. 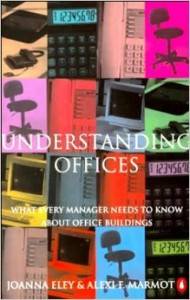 The last time a figure like the above was seen as the norm in the UK would appear to be in my battered old copy of Understanding Offices by Joanna Eley and Alexi Marmot, published in 1995 at a time when computers still had screens that were two feet deep, office furniture manufacturers still sold special tables for the phone everybody in the office shared, we used fax machines and letters to communicate. The past is no longer a foreign country, it’s an alien world.

So dig deeper and you find micro-cultures within the cultures, stacked like Russian dolls. The UK may make an arguable claim to boast the World’s most positive approach to flexible working overall, but some of its organisations remain to be convinced. The demands of a dealer room in the City of London are very different to those of a Council in Gateshead, a media company in Salford or a law firm in Birmingham.  It’s an endlessly complex picture that demands a sophisticated response from designers.

The epicentre of innovation

Then again, ideas that spring up in one part of the world as a result of local conditions can swiftly influence thinking on a global scale. For example, we like to think here in the UK that we are innovators in the way we approach workplace design and management. If you accept this as true (and I do) this has come about as a result of local conditions which make an intelligent and groundbreaking approach to property workplace and management essential.

Although not alone in this regard, the UK is the perfect country in which innovative approaches to facilities management and interior design can flourish

These conditions include legislation and a culture which make it essential to focus on the productivity and well being of employees; an enlightened attitude to new working practices, now enshrined in law; the growth of the knowledge economy; the shortage of employees in key sectors leading to a competitive job market; and the availability and cost of commercial property, especially in London where rents are consistently some of the highest in the world and where appropriate space can be in short supply.

The upshot of this is that, although it’s not alone in this regard, the UK is the perfect country in which innovative approaches to facilities management and office design can flourish precisely because it has not only a mixture of the right mentality but also – crucially – a number of challenges and potentially adverse conditions that make innovation essential.

The forces which have shaped the UK are not unique of course. The tensions we listed above are evident to one degree or another around the world. Which is why it is likely that design from one country can meet the demands of people in another, especially where local cultures and tastes are similar. I would suggest that while the UK remains a world leader in terms of workplace thinking and office design, the most progressive and exciting nation is currently Australia.

In addition, the varying pace of cultural change may mean that established products from one region are able to meet new and emerging demands in another. This is particularly the case where new legislation plays a role in shaping the workplace.

The final factor is that office furniture products can be applied in different ways to not only support local cultures and meet local legislation, but also meet the demands of specific organisations, the people who work for them and the technology they use. Intelligent office design depends on creatively malleable products that are exceptional in their own right but also are able to reflect the individual needs of each organisation.