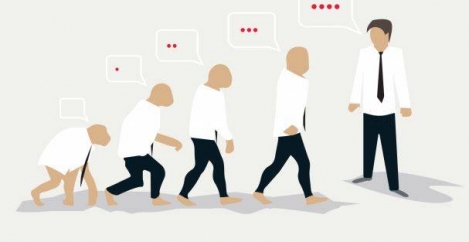 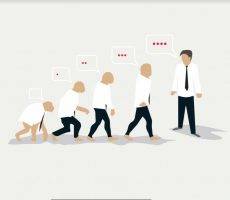 Organisational culture should represent a clear vision from a firm about its very nature and identity as well as its values. A culture one that everybody within the organisation should understand and share. But this is not always the case as a growing number of firms are discovering to their cost. According to a paper published last year by Deloitte University Press, only 12 percent of employees believe their company is effective at driving their desired culture. Another study from employee feedback software provider Stackhands, around two thirds of people (64 percent) feel they do not have a strong work culture within their organisation. Even so, whether people are aware of it or not, their company has its own culture. Without direction and positive influences, negative factors can take hold, shaping culture in a way that can become harmful for a business. These elements can hinder your company’s development of an effective culture:

Companies must ensure leaders at all levels communicate values, vision, norms, goals and major changes effectively and regularly so that employees fully understand the processes taking place. When there is little bottom up communication employees don’t feel their voice is being heard or feel intimidated to speak up, encouraging fear rather than respect. A survey by the American Psychological Association found that 1 in 4 employees don’t trust their employers. A study by Fordham University found that roughly half of managers did not trust company leaders. People will never be happy when jobs are being cut, but taking time to communicate the reasons for downsizing and where the company is going shifts the mood from abandon ship to mutual understanding.

Too much competition and a toxic work environment lead to a decrease in knowledge sharing, an increase in company politics and a transfer of destructive norms. A Harvard Business School study found that each toxic worker costs a company $12,000 in turnover costs. Employees exposed to a toxic worker are 46 percent more likely to be fired for misconduct themselves, resulting in the spread of toxic behaviours to the rest of the team. This is magnified when the individual is in a position of authority, causing a cascade effect from managers to employees. While it may seem common sense to hire the candidate with the best technical skills, hiring for culture fit will help you to maintain the vision you have for your company.

Deloitte found companies that don’t have a strong sense of purpose tend to focus more on the bottom line (69 percent) and short-term returns (52 percent). A combined Columbia and Duke University study, found that a focus on figures over people can encourage unethical behavior. Shiva Rajgopal of Columbia University explained, “Our research provides systematic evidence – perhaps for the first time – that effective cultures are less likely to be associated with short-termism, unethical behavior or earnings management to pad quarterly earnings.” Several scandals that have appeared in the media lately, including Volkswagen, Toshiba, Zenefits and ANZ Bank have all been attributed to toxic cultures that encouraged unethical business practices.

Phrases such as “We always do things this way”, “That won’t work here” and “It’s not my problem” hinder progress. Google’s study on collaboration found that within 258 companies, 73 percent of employees believed their company would be more successful if they were encouraged to work in flexible and collaborative ways. Yet the biggest barriers to creating a culture of collaboration were: changing working styles and habits (22 percent), a lack of incentives to work collaboratively (17 percent) and a lack of leadership (14 percent).

A company’s performance management system can also have a negative influence on its culture. Though once extremely popular, stack ranking has now been discredited by HR experts, thought leaders and even its founder, General Electric. By ranking employees against each other, the system generates a fear of failure. This leads to low risk-taking and innovation. Another popular system, once a year performance reviews, hinder modernisation and learning agility by failing to provide coaching and feedback at a pace that matches industry changes.

Matias Rodsevich works in Communications at Impraise, a web-based and mobile solution for real-time feedback at work.  Impraise have produced a white paper on the subject of developing and nurturing a strong organisational culture.