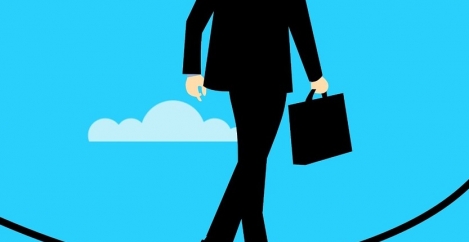 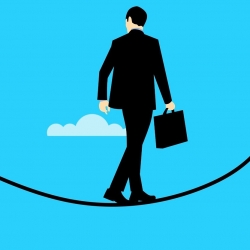 The UK’s ‘alternative workers’, comprising gig economy workers, freelancers and contractors, have cited lack of pay, benefits and job security as their most significant concerns in new research. Yet according to The 2020 Pulse of Talent report released by Ceridian, plenty of the 536 respondents praised the flexible and ‘interesting’ nature of the work on offer.

One of the key findings is that many alternative workers in the UK are satisfied with their employment arrangement. Three quarters of respondents reported being ‘somewhat’ or ‘extremely’ satisfied with their current gig or contract role. The top reason given by these satisfied respondents was that their work is interesting (43 percent), followed by flexibility in their hours or work location (37 percent). Having good relationships with the clients’ staff and managers was in third place (30 percent).

Less positively, of the alternative workers who said they were dissatisfied with their current gig or role, the top reason given was low pay (cited by 54 percent). The second most common cause of dissatisfaction was poor benefits (41 percent), followed by job insecurity (38 percent).

Asked whether they believe gig workers should unionise, more than two third of the respondents surveyed answered ‘yes’. The top reason given by some distance was to negotiate higher wages (47 percent).

Despite these concerns, more than half (54 percent) of all the alternative workers surveyed plan to continue along this path for the foreseeable future. The trend toward long-term gig work seems to increase with age: 45 percent of respondents aged 19-29 answered this way, compared with nearly three-quarters of those 50 and older. However, 44 percent of respondents said they were ‘moderately’ or ‘extremely’ worried about having adequate work in the next two years.

Asked whether they believe gig workers should unionise, more than two third of the respondents surveyed answered ‘yes’. The top reason given by some distance was to negotiate higher wages (47 percent), followed by ensuring greater equality (20 percent) and better job security (13 percent).

Lisa Sterling, Chief People & Culture Officer, Ceridian, commented: ‘There is a fine line being drawn between the experiences alternative workers value and their desire to have the same advantages as full-time employees. The real question is, “Can we provide all people with an experience that inspires, motivates, engages and creates trust?”’

Organisations ‘should take the time to understand how job dissatisfaction may be affecting their people’, she said. Ways to make themselves more attractive to alternative workers could include focusing on flexibility as well as encouraging them to apply for any full-time roles.