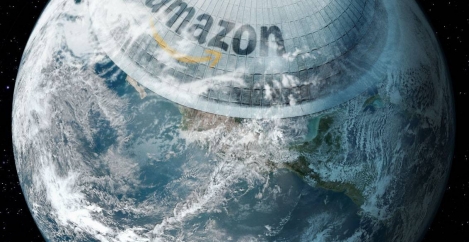 Amazon dupes the world, the mystery of AI, a workplace zoo and some other things you may like 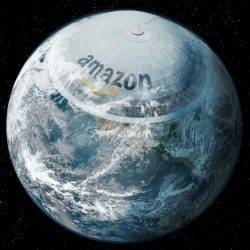 Sometime over the past few years, the search for possible locations for the latest tech giant palace has become something of a media preoccupation. Typical of the stories this quest generates is this piece in the New York Times about Google’s search for new property in the city. But the apotheosis of all this has been Amazon’s quest for a new HQ in the US, leading to an unedifying scrabble between municipal authorities keen to attract the lair of OmniCorp to their turf.

However, news that Amazon may not have been entirely forthcoming in its objectives has been met with dismay, as expressed in a piece published this week in the Sydney Morning Herald. Maybe everybody should have been paying more attention to this earlier spoof piece in The Onion after all.

When it comes to tech, some story about The Future (capital T capital F) won’t be far away. And sure enough we were treated to the usual slew of stories this week. They included this piece from the RSA which warns about the dangers of making predictions about automation, although we think the third point is a cop-out and has only been included to create a rudimentary list. Basically, nobody knows anything.

This piece on medium sets out some of the complexities of dealing with just one aspect of AI, albeit one of the most important. You can tell the author knows what they are talking about because the piece is full of cautionary notes and equivocations.

If you want cast-iron certainty, one place you’ll get it is Fast Company, now the world’s most high-profile purveyor of workplace bullshit. This feature kicks off with some typical stuff about the horrors of the open plan, then goes rapidly downhill, showcasing a ‘concept’ (alarm bells) consisting of a hellish cluster of wheeled, tessellated work pods with robots scurrying underneath them. As usual, it presents the problem of distraction as a zero-sum game which can only be solved by its opposite, rather than by simply offering people better choices about where to work.

Not that there’s anything wrong with working alone, as this intriguing commentary from Harold Jarche makes clear. On a related note, this article in Aeon looks at the potential consequences for introverts trying to behave like extroverts, an issue that can be addressed with a workplace that allows people to create their own working environment and culture rather than have one imposed on them.

The ability to ‘roam and explore’ in the workplace is developed in this piece from the always excellent Nigel Oseland who compares the workplace to a zoo, but only in terms of defining the space that works best for the creatures inside, not describing the creatures themselves. Anthropmorphic metaphors can be found in the song below.

Talking of animals in workplaces, this story from the World Economic Forum  challenges the often repeated idea from Warren Bennis that “the factory of the future will have only two employees: a man and a dog. The man will be there to feed the dog. The dog will be there to keep the man from touching the equipment.” It suggests that people will still be the driving force in manufacturing even after the robots make their presence fully known.