Americans would still prefer a male boss to a female boss 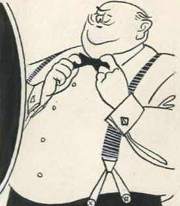 The news that Facebook and Apple are to offer US-based female employees the option of freezing their eggs for future use, in an effort to attract more women on to their staff, has raised quite a debate on both sides of the Atlantic on whether women are being actively discouraged to put off having children. Now a new poll suggests that far from entering a brave new world, attitudes towards women in charge haven’t moved on a great deal. There is still a disappointingly high level of negativity towards female bosses, with US Americans more likely to say they would prefer a male boss (33%) to a female boss (20%) in a new job, according to a Gallup poll. And in an age when women are told to “lean in” to get positions of power at work, even women are more likely to prefer a male boss to a female boss. Although 46 per cent say it doesn’t make a difference to them, the percentage of women who would prefer a female boss has never surpassed 30 per cent since Gallup’s annual work and education poll, was launched back in 1953.

Gallup has previously noted that younger Americans are slightly more likely than older Americans to prefer a female boss; however, preference for a male boss is consistent between the two groups.

Earlier this year, Fortune reported that despite the number of female CEOs of Fortune 500 companies reaching a historic high – women still only account for 4.8 per cent of CEOs Whether the latest ‘perk’ for women working in the technology will attract more female leaders of the future or simply discourage them from contemplating having children before they’re forty remains to be seen.

Awareness of benefits of BIM growing in US and UK, but implementation lags Google and Deloitte set out blueprint for collaborative work in Australia