Google and Deloitte set out blueprint for collaborative work in Australia 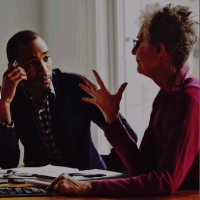 Deloitte Digital has launched the final version of its report into the collaborative economy carried out on behalf of Google Australia. An interim report, published in July, estimated that the benefits of collaboration to the Australian economy is already $46 billion and could rise to $56 billion. The report also claims that collaboration could help to address specific structural problems including falling productivity and a comparative lack of innovation. The study claims that the average Australian worker spends just under half of a typical working day interacting with other people but that there remains considerable room for improvement in the way those interactions take place. The final version of the report also includes a toolkit to help individuals and organisations to gauge their level and success of their collaborative work. Tellingly, the test is weighted one-third to workplace design, one-third to technology and one-third to culture and governance.

Other key research findings include:

Deloitte Digital national leader Frank Farrall said: “What we have found is a strong correlation between collaboration and the performance of Australian companies. Those that actively encourage collaboration do better. And not by a little, but by a lot. Collaboration, driven by a clear strategy, brings revenue growth, more profit, greater employee satisfaction, higher productivity, improved product quality and innovation.”

Deloitte Access Economics’ partner Ric Simes said: “Australia is confronting very real issues around disruption, innovation and productivity, as productivity has fallen at an average 0.6 per cent a year since 2007-08. Yet according to the Australian Bureau of Statistics, only 36.6 per cent of Australian businesses were innovative in 2012-13 and introduced new or significantly improved goods, services or processes. This was down from 41.3 per cent on the year before.”

The study concludes with a four point plan to improve collaborative working: