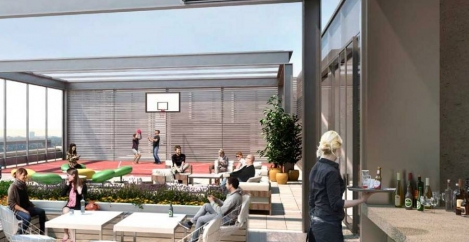 An overdue attempt to connect smart buildings with smart people 0 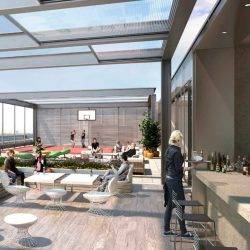 As first events go, the inaugural outing for the Smart Buildings series of conferences  succeeded in delivering a full day of insightful presentations and debates, with a highly engaged audience of industry experts. A theme to emerge early on – in the opening remarks by Worktech Academy’s Jeremy Myerson in fact, was that the concept of ‘smart buildings’ is far from new. Depending who you ask, the idea goes back to the 90’s, the 80’s or even the 60’s. So why have we waited until 2017 for a conference on the topic? Many of the presenters agreed this is because we have only recently entered a new technological phase – the ‘plateau of productivity’ of Gartner’s Hype Cycle, as Owen King of Unwork pointed out – the time when widestream adoption of a technology kicks in and its viability becomes more clear. Indeed, the benefits of smart buildings are now widely regarded to fall into six categories; sustainability, productivity, talent, wellbeing, brand and cost control. And, while sustainability was the topic du jour at similar events six or seven years ago, the industry focus has shifted towards productivity and wellbeing.

Matt Webster, Head of wellbeing and futureproofing at British Land, explained that one reason for this was simply cost. When you consider building occupancy costs; energy, rent and people (wages, sick pay, bonuses etc) – the vast majority of output falls into the latter category. And with sickness absence costing the UK economy £14 billion a year according to CBI, anything landlords can do to impact this will have a huge impact on occupiers.

The introduction of certifications such as the WELL Building Standard and the proliferation of academic research into the topic are also raising the profile of how the built environment can impact health and wellbeing.

Embracing ‘smart’ is not without its obstacles however. Consistently, the panellists and presenters broadly agreed that price was the key barrier to up-take; particularly when considering costs for retro-fitting versus new builds. British Land had stats to back this up, with a survey of over 1,000 London office workers showing that cost implications were cited by 58% of respondents as the main obstacle to adoption. However, many (vendors, it must be said) argued that this was merely the perceived price rather than the actual lifetime cost or potential long-term saving.

One vendor I spoke with, Raj Krishnamurthy, CEO of Workplace Fabric, explained that these savings can be significant. A blue-chip client in New York used Workplace Fabric’s ‘Freespace’ sensor data to identify that private offices, which were allocated to senior staff, had just 30% occupancy on average. When it delved further into the issue it found that this was because senior executives typically spend most of their time off-site with clients. Using this data, and a number of other inputs, the business was able to reduce its square footage from 300,000 to 150,000 – representing a saving of $14 million. But more importantly, it was able to improve the day-to-day experience of its office users, optimising the space to meet their needs through activity based working, unassigned seating and a full-flex approach.

Mike Gedye of CBRE explained that indeed, workplace strategy needs to be about more than just driving down costs and maximising the utilisation of assets: it must be about enabling productivity and collaboration. However, a good point to make, and one that was expressed by Microsoft’s Doug Lowrie, is that the scale of what is possible with smart buildings is a little overwhelming. Lighting, heating, air quality (a recurring topic of the day), desk booking, storage and even connected coffee machines; any organisation that tries to implement all these changes at once is setting themselves up to fail.

Organisations need to plan for what Doug refers to as the ‘data exhaust’ – or mass of information, created by all of this technology. This includes planning for the potential skills-gaps within the business such as data management and cyber security.

While many of the concepts of smart buildings may come naturally to millennials, as Mark Stanton of Honeywell explained, this will not be true of all occupants. One of my key take-aways of the event is that this makes it even more important for smart technologies to be as intuitive as possible, with minimal user input. The use of apps, though an easy solution from a development perspective, adds another layer of complication for users.

As Vanessa Butz of District Technologies put it, if you require people to click on their phone ten times to change the lighting, you’ve failed because it would have been easier to walk over and hit a light switch. These technologies need to be as intuitive as possible. Vanessa concluded, “if you’re not looking at your end user, you will die”.

Xenia Kingsley is a senior account manager with Magenta Associates

Half of UK employees work one unpaid day a week, but Germans get an even worse deal Workplace Matters Podcast on productivity, professionalism and activity based working with Chris Moriarty