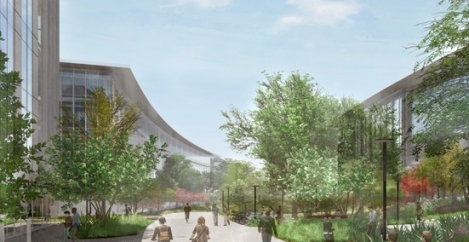 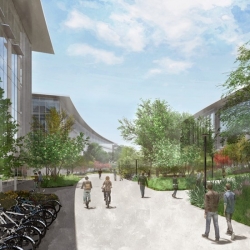 Apple has announced an acceleration of its US investments, with plans to make new contributions of more than $430 billion and add 20,000 new jobs across the country over the next five years. The plans include the creation of a new campus in the Research Triangle in Raleigh, North Carolina. Apple will spend over $1 billion on the campus, where it will employ around 3,000 people working on technology including software engineering and machine learning. Employees are expected to start work at the campus next year.

Over the past three years, Apple says its investments in the US have exceeded the company’s original five-year goal of $350 billion set in 2018. Apple is now raising its level of commitment by 20 percent over the next five years. This includes tens of billions of dollars for next-generation silicon development and 5G innovation across nine US states.

“At this moment of recovery and rebuilding, Apple is doubling down on our commitment to US innovation and manufacturing with a generational investment reaching communities across all 50 states,” said Tim Cook, Apple’s CEO. “We’re creating jobs in cutting-edge fields — from 5G to silicon engineering to artificial intelligence — investing in the next generation of innovative new businesses, and in all our work, building toward a greener and more equitable future.”

Apple will also establish a $100 million fund to support schools and community initiatives in the greater Raleigh-Durham area and across the state, and will be contributing over $110 million in infrastructure spending to the 80 North Carolina counties with the greatest need — funds that will go toward broadband, roads and bridges, and public schools. When up and running, Apple’s investments are expected to generate over $1.5 billion in economic benefits annually for North Carolina.

Colorado: Apple is growing its engineering team in Boulder, and expects to have close to 700 employees at its offices in the region by 2026

Massachusetts: In 2018, Apple announced it would add hundreds of new jobs in the Boston metro area. With around 200 team members already working in the region, Apple plans to add several hundred new jobs by 2026.

Texas: Construction for Apple’s $1 billion Austin campus is underway, with employees expected to start moving into the new space next year.

Iowa: The design process is underway for Apple’s new data centre, which is expected to create over 500 construction and operations jobs in Waukee. Apple is supporting community infrastructure programs, including the creation of Triumph Park, a 66-acre recreation area.

Half of workers expect their employer to make Covid vaccine mandatory What’s a landlord to do when the office is a destination, not a routine?