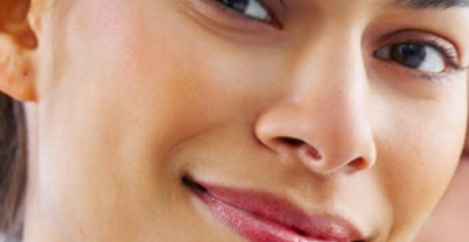 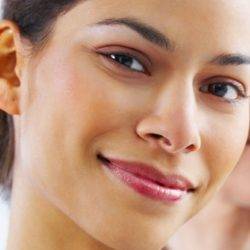 Workingmums.co.uk has announced the winners of its eighth annual Top Employer Awards, celebrating the leading companies in gender diversity and flexible working. The Awards were presented at a ceremony at London’s Soho Hotel on 7th November where the keynote speaker was Ann Francke, CEO of the Chartered Management Institute. Winner of the Overall Top Employer Award was Lloyds Banking Group. The judges felt it was ‘a beacon for other employers with regard to its agile hiring programme which was a root and branch attempt to normalise different ways of working from recruitment onwards. It was a strong performer across all the categories and had made a major step forward in embedding a flexible culture.’

Awards were presented for eight other categories:

The Top Employer Award for Innovation in Flexible Working went to McDonald’s in recognition of its pioneering approach to zero hours contracts, giving employees a choice over whether they wanted fixed hours or not. The judges felt that it was refreshing to see an organisation that was looking at the challenge of how to manage flexibility well in a sector where zero hours were the norm. They admired how McDonald’s had looked to make zero hours work for both worker and employer.

The Top Employer Award for Career Progression, sponsored by A.T. Kearney Ltd, went to Bank of America Merrill Lynch for its returning talent programme, leadership programmes, development of managers, particularly efforts to support them to identify potential, its one-to-one career conversations and its work on buddying and sponsorship. They felt the Bank was continuing to build on its excellent work to date.

The Top Employer Award for Best for Dads, sponsored by M&G Investments, went to Berwin Leighton Paisner LLP for the conscious and deliberate attempt to promote family friendly working for all. This included its broad range of policies for supporting dads, such as the positive promotion of Shared Parental Leave, good support networks for dads, including gay parents, and paternity coaching. There was also good evidence of strong role models in the senior leadership team.

The Top Employer Award for Talent Attraction, sponsored by CA Technologies, went to Lloyds Banking Group for its agile hiring programme. The judges felt Lloyds’ presumption that all new vacancies should be agile really challenged managers to embed a flexible culture. It was well thought through and backed up by systems and technology, including toolkits and management training. There was a real intention to change the culture of the organisation and also to influence recruitment partners.

Winner of the Top Employer Award for Family Support, sponsored by the British Army, was M&G Investments for its wide range of support, in particular its commitment to improving employees’ mental health. There was a lot of evidence of the positive impact of its initiatives and the judges were impressed by senior leaders’ dedication to family support. They felt there was a clear sense of personal backing for it from the top.

The Top Employer Award for SMEs with 1-25 employees went to Cuttsy and Cuttsy Limited for the second year running for its outreach and talent attraction work and its holistic approach to health and wellbeing. They praised in particular the company’s investment in technology to enable different ways of working, its dedication to career progression for all workers, its Be proud appraisals and its openness to returners.

The Top Employer Award for SMEs with between 26 and 250 employees went to Genie Ventures for its dedication to the overall wellbeing of its employees, for its openness to different ways of working, its parental leave support and its focus on ideas, innovation and career development.

The Working Mums Champion Award, sponsored by McDonald’s, went to Dawn Moore, Director of Human Resources at Morgan Sindall. The judges were highly impressed by Dawn Moore’s commitment to drive change from policies on retention to flexible working and returners. She played a central role in transforming the work culture at Morgan Sindall and there were strong testimonials to back this up. The judges felt she was clearly making a difference.

The Award judges were: Gillian Nissim, founder of Workingmums.co.uk; Andy Lake, editor of Flexibility.co.uk; Jennifer Liston-Smith, Director/Head of Coaching and Consultancy at My Family Care; Dave Dunbar, Head of Digital Workplace at Nationwide Building Society; and Clare Kelliher, Professor of Work and Organisation at Cranfield School of Management.

A copy of the Best Practice Report based on the 2016 Top Employer Awards is available here.