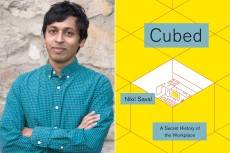 The fascination of his tale of work and workplaces over a number of centuries derives primarily from his framing of developments within the wider context of working culture, management thinking, social norms, economic trends, sexual politics and, of course, technological innovation. There is of course no other way but to view the design and management of the workplace and the things with which we fill it than in those terms. The design of a chair tells you a great deal about the person sitting in it, what they do, the tools they use, the organisation that bought it for them and the world outside.

In the case of Cubed, the later chapters are defined by one particular piece of office furniture that over the past 20 or 30 years has come to symbolise all that individuals associate with and hate about office life, especially in North America. The cubicle, which commentators in the media have claimed is 50 years old this year because it is most commonly associated with the launch of Herman Miller’s Action Office in 1964, is the touchstone for a generalised loathing of office life, seen as dehumanising and both capable of both isolating people and robbing them of their privacy and peace.

This makes perfect sense from a North American point of view and some other places, but robs the book of the perspective of what happens elsewhere in many parts of the world. Western and westernised societies have faced many of the same challenges but have responded to them in ways that reflect local culture and traditions, legislation, the commercial property market and the types of organisations involved. In the UK, for example, open plan never really meant cubicles. It meant clusters of workstations separated by low screens before this evolved into the now ubiquitous bench – rows of workstations which are often shared. 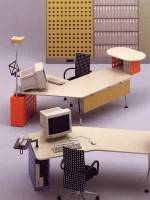 One other related point that the book omits is that many of the workplace design idioms we now see as mainstream arose twenty years ago in Europe in response to the changing world of work in the early to mid 1990s. The principles of freestanding furniture elements, shared space, a greater emphasis on teamworking, third space and so on were espoused in designs launched in this time. Indeed while 1994 is most commonly associated with the launch of the Aeron Chair, which the author rightly highlights as a base year for office seating design, it was also the year which saw the launch of Antonio Citterio’s Ad Hoc for Vitra and Kyo by President Office Furniture amongst others, both of which introduced a new way of talking about workplace design and were, arguably, ahead of their time in anticipating the office just around the corner.

These may be things for another time, however, given the breadth of knowledge and wit on display in Cubed. Recommended for anybody who is not only interested in the way offices are designed and managed but why things happen as they do.