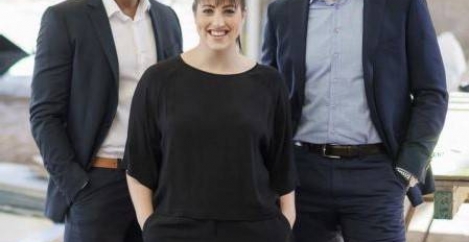 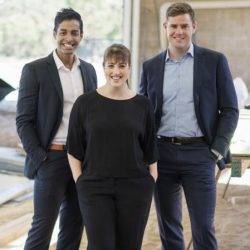 New research from PwC highlights Britain’s failure to provide opportunities for young people. The study brings attention to the fact that the country ranks a lowly 21st out of 35 OECD members for its ability to get 15 to 24 year olds into work, education or training. If the UK could equal Germany’s low youth unemployment rate it would stand to gain around £45 billion, a 2.3 percent increase in GDP. The PwC report compares numerous countries, however Germany, Austria and Switzerland come out on top when it comes to providing career opportunities and workplace training to young people. Perhaps a clue to their success is that these nations all have so-called ‘dual education systems’ where work-based learning sits with equal stature alongside traditional academic study.

In a move to bridge a persistent gap between education and the workplace, the UK government is rolling out an apprenticeship levy next year to give a boost to the quality and quantity of apprenticeships. Large employers with a wage bill of over £3 million will be required to pay into the fund which aims to reach 3 million apprenticeship starts in England by 2020.

Apprenticeships have always been part of the educational landscape but have fallen out of favour in recent years, being associated with a limited range of career paths and prospects. However, in the modern workplace, higher and degree apprenticeships are a key component in bridging the skills gap in high skill fields.

Employers are particularly anxious to recruit in high skill sectors with talent shortages holding back growth in industries such as Engineering and Data Science. In a recent survey 69 percent of UK employers expressed a lack of confidence that they would be able to fill highly skilled job vacancies in the near future. Businesses must take seriously the potential that higher apprenticeships, and in particular, degree apprenticeships, will be able to supply highly trained workers to the industries of tomorrow.

Higher and Degree apprenticeships are ideally placed to provide businesses with highly skilled people whose training is aligned to business needs. In fact, qualified higher apprentices were rated as being 25 percent more employable than those who took an alternative route into work.The opportunity to gain work based practical skills underpinned by academic theory is one of the reasons why higher apprentices have the employability edge. Companies are able to tailor their training programmes to their business and can more closely align an apprentice’s skills with the needs of the firm.

It is not just employers who are looking for new alternatives: 55 percent of 11 – 16 year olds have shown enthusiasm in undertaking an apprenticeship if it leads to work in their desired field. Another factor which is likely to see greater uptake for higher apprenticeships is the fact that student debt is bypassed as degree apprentices receive a wage for their work whilst taking part in a workplace training programme.  A study by the Sutton Trust found that many of those who completed a level 5 apprenticeship had the same level of financial security as the average university graduate.[6]

Employers can also reap the benefits sooner rather than later by taking on a degree apprentice. Around 80 percent of businesses who have taken on apprentices have reported significantly increased employee retention rates as a longer relationship is fostered between trainee and employer. The competitive advantages as well as the imperative to make the most of the government levy make apprenticeships an attractive option for employers.

Higher and degree apprenticeships could be the silver bullet needed to put UK youth employment on par with Europe’s leading examples as more people are upskilled in line with the needs of business. With the labour market demanding more and more flexibility it is absolutely necessary that training adapts to these changes. This will help to keep UK workers competitive alongside their international rivals and in turn provide brighter futures for the nation’s young people.

Steve Hill is External Engagement Director at the Open University