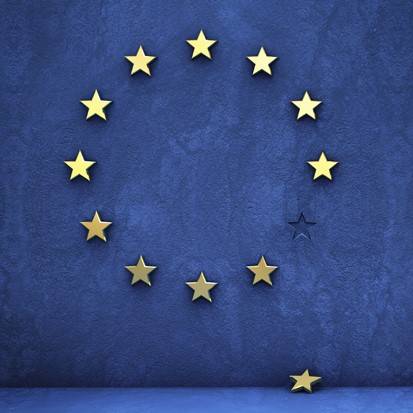 The UK Government should restrict levels of  immigration by low-skilled workers after Brexit, but at the same time make it considerably easier for for medium-skilled and high-skilled workers from around the world, according to a new report from the Migration Advisory Committee. The detailed report was commissioned in July 2017 by Home Secretary Amber Rudd. Its main conclusion is that there is a great deal of hard evidence of the benefit enjoyed by the UK as a result of the migration of highly-skilled migrants and that future policy should reflect this. The study published today, Tuesday, is expected to have a significant effect on the contents of the government’s immigration white paper, due for publication later this year. The report’s conclusions closely match the policy proposals that Home Office officials have outlined to immigration specialists. However, no special preference would be given to EU citizens in the UK’s future immigration system post-Brexit.

The report makes 14 proposals after analysing the impact of migration from the European Economic Area (EEA), taking evidence from more than 400 businesses, industry bodies and government departments. It concludes that it does “not see compelling reasons to offer a different set of rules… If the UK is in a position where it is deciding the main features of its immigration policy, our recommendation is that there should be a less restrictive regime for higher-skilled workers than for lower-skilled workers in a system where there is no preference for EEA over non-EEA workers.

“Higher-skilled workers tend to have higher earnings so make a more positive contribution to the public finances. The estimated labour market impacts, though small, also suggest that higher-skilled workers are of greater benefit as do any impacts on productivity and innovation.”

According to supplementary evidence submitted to the report by Oxford Economics, migrants from the EU currently contribute £2,300 more to the exchequer each year in net terms than the average adult, the analysis for the government has found. And, over their lifetimes, they pay in £78,000 more than they take out in public services and benefits – while the average UK citizen’s net lifetime contribution is zero.

2. No preference for EU citizens, on the assumption UK immigration policy not included in agreement with EU.

3. Abolish the cap on the number of migrants under Tier 2 (General).

4. Tier 2 (General) to be open to all jobs at RQF3 and above. Shortage Occupation List will be fully reviewed in the next report in response to the SOL Commission.

5. Maintain existing salary thresholds for all migrants in Tier 2.

7. Consider abolition of the Resident Labour Market Test. If not abolished, extend the numbers of migrants who are exempt through lowering the salary required for exemption.

8. Review how the current sponsor licensing system works for small and medium-sized businesses.

9. Consult more systematically with users of the visa system to ensure it works as smoothly as possible.

10. For lower-skilled workers avoid Sector-Based Schemes (with the potential exception of a Seasonal Agricultural Workers scheme)

11. If a SAWS scheme is reintroduced, ensure upward pressure on wages via an agricultural minimum wage to encourage increases in productivity.

12. If a “backstop” is considered necessary to fill low-skilled roles extend the Tier 5 Youth Mobility Scheme.

13. Monitor and evaluate the impact of migration policies.

14. Pay more attention to managing the consequences of migration at a local level.

Commenting on the Migration Advisory Committee’s recommendations out today, Ben Willmott, head of public policy for the CIPD comments: “Many UK employers will face significant challenges in accessing the skills and labour they need if proposed changes to migration policy by the Migration Advisory Committee are adopted in full or without a significant transition period. While the report acknowledges the need for flexibility so employers can access high-skilled workers coming into the UK from the EU, it fails to recognise the balance of skills and labour needed in the UK.It’s very disappointing that the report has largely ignored the importance of a route that will enable employers to continue to access low-skilled workers from the EU. This will provide significant challenges for UK employers, particularly those in key sectors such as retail, hospitality and social care, which are already struggling to find the people and skills they need.

“The Government should be cautious about making significant policy changes that limit low- and medium-skilled labour when the very modest potential gains are more than likely going to be offset by making it harder for employers to recruit the labour they need and, as the MAC acknowledges, may have unintended consequences for the recruitment of higher-skilled labour.”

“Expanding the tier 2 route – in theory making it possible for employers to recruit medium as well as high-skilled EU workers in the future – without lowering the salary threshold from £30,000 will mean that, in practice, employers’ ability to recruit these workers will be significantly limited.

“We welcome the suggestion that the Tier 5 Youth Mobility Scheme could be extended to EU workers to fill low-skilled roles. However, this in itself is unlikely to address significant long-standing labour shortages in key sectors such as retail, hospitality and social care.”

“Taken together, the recommendations look overly bureaucratic and restrictive. Our research consistently shows that employers are recruiting EU workers into low-skilled roles because they can’t recruit UK-born workers into these roles, not in an effort to pay lower wages or avoid training.

“We hope that the Government continues to listen to the concerns of employers and seeks to create a system that is flexible, cost-effective and user-friendly, and enables organisations to access both the skills and labour they need after Brexit.”

The National Federation of Builders (NFB) welcomes the report, which highlights the value of migration to small and medium-sized (SMEs) builders and the construction industry. However, the NFB warned that shortage occupation lists must be responsive and visas for self-employed workers need to be clear and comprehensible. Focussing on enabling higher-skilled migration while restricting lower-skilled migration, the report does not recommend separate, employer-led sector based routes, for low skilled migrants, with the possible exception of seasonal agricultural workers.

The MAC also states that 40% of self-employed workers are concentrated in three construction sectors and would typically qualify for a Tier 1 visa. However, due to complexities with the existing scheme, the MAC is unable to make recommendations on how it should be changed.

Richard Beresford, chief executive of the NFB, said: “A lack of skilled workers stifles industry growth and the capacity to build more homes. We welcome the report’s recommendations, including a review into the shortage occupation list and the sponsor licensing system for SMEs. Abolishing the cap of migrants under Tier 2 visas and reviewing shortage occupation lists would signal a positive step but, with the MAC avoiding any recommendation for self-employed workers, the Government must provide clarity to a vital part of the construction industry.”

Jonathan Beech, Managing Director of Migrate UK: “The latest Migration Advisory Committee (MAC) recommendations are questionable over how they will work in practice. It recommends that the framework of the current Points Based System for sponsored workers remains but is thoroughly overhauled and is a blast from the past in places, providing options for some migrant workers not seen since April 2012.

“Should free movement end, the MAC does not believe EEA citizens should have any preferential treatment over non-EEA workers, however, the approach for attracting the ‘brightest and the best’ has shifted somewhat. The MAC recommends opening sponsorship to medium and high skilled workers (jobs at RQF Level 3 and above) and ending the immigration cap which can completely undermine an employer’s forward planning.

“Furthermore, MAC suggests that the Resident Labour Market Test (advertising the vacancy for 4 weeks) should be abolished with employers deterred from relying on overseas workers through the immigration skills charge and a robust approach to salary thresholds. For the latter point, the MAC recommends having a minimum threshold of £30,000 for both medium and highly skilled jobs for experienced workers. With these points in mind, the future of the Shortage Occupation List is in doubt and the MAC will undertake a full review of the composition of the List and publish its findings in the Spring 2019.

“However, these recommendations are just that and are subject to the final Brexit agreement and whether the UK has the power to formalise its own immigration system.”