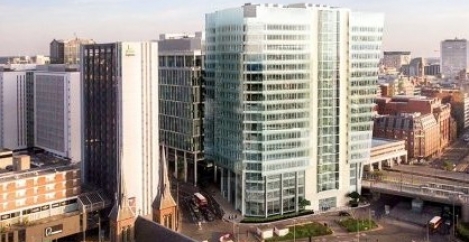 BT to relocate up to 4,000 people to new Birmingham headquarters 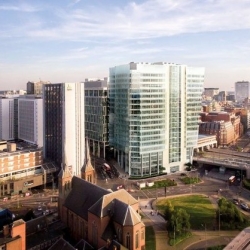 BT Group has announced Birmingham’s Three Snowhill development will be its primary new home in the city and provide “a future-fit workplace for thousands of colleagues”. The building, in the city’s business district, will become the regional headquarters for BT with between 3,000 – 4,000 people set to be based there eventually – more than five times the number of people currently based in Birmingham. BT will occupy the majority of floors in the 17-storey development, marking a major investment by the company in the city.

BT has acquired the lease and plans to move people in from the end of the year. The lease of Three Snowhill is part of BT’s ‘Better Workplace Programme’ – which the firm claims is one of the largest workplace improvement and consolidation schemes of its type ever undertaken in the UK. The five-year programme will improve and consolidate BT’s footprint of corporate offices, service centres, contact centres and specialist sites across the country.

Graeme Paton, BT’s managing director of Property and Facilities Services, said it was an exciting development and a clear sign of BT’s commitment to Birmingham and the Midlands. He said: “Unveiling our new site at Three Snowhill follows our announcement last year, when Birmingham was revealed as one of the first locations that will house our workplaces of the future. The city was recently ranked one of the most rapidly improving places to work in Britain and, thanks to securing this office space, we will become one of the largest employers in Birmingham with a visible presence in a strategic and important location.

“Our new building in Birmingham will bring our people together in an impressive and modern environment, transforming the way we work. Excitingly, it will become a strategic hub location for BT in the UK with a considerable increase in the number of colleagues we employ based in the city. We hope our colleagues will be inspired by the new office, which will give them the tools and environment to be able to thrive. This is also fantastic news for both Birmingham and the wider Midlands.”

Teams based at Three Snowhill will benefit from 5G mobile connections alongside full fibre broadband. BT’s ambition is to increase efficiency and productivity, improving its ability to do the best for its customers. The Better Workplace Programme will deliver a combination of moves like this, into new offices, as well as the refurbishment of some existing BT buildings.

From the archives: Is this the missing piece of the facilities management puzzle? Putting the responsibility into personal and corporate social responsibility