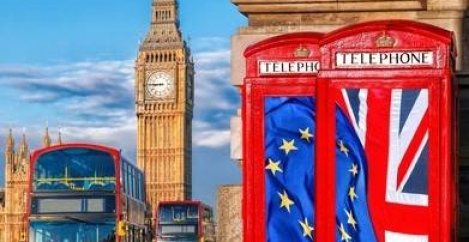 The more recent employment figures for London suggest that until the terms of Brexit are known and put in motion, the jobs market will remain cautious. This is according to the latest Morgan McKinley London Employment Monitor which found that despite an 81 percent increase in jobs available and an 83 percent increase in professionals seeking jobs; compared to a 115 percent increase in jobs this time last year, the 2017 spike was muted in comparison. The 83 percent increase in job seekers month-on-month is coupled with a 29 percent decrease, year-on-year. Contributing to the decrease is the trickling off of non-British EU nationals working in the City, who comprise up to 10 percent of its workforce. In a post-Brexit survey of professionals conducted by Morgan McKinley, these individuals reported either moving abroad, or considering leaving London because of Brexit.

“Many of our non-British clients are choosing to return home, or seeking opportunities elsewhere in Europe”, said Enver. “People wanting to get ahead of the threat of having their right to work revoked is understandable, but is a huge loss for the City”.

Last Wednesday, the House of Commons voted against protecting the residency rights of EU citizens already residing in the United Kingdom. Though the vote has no immediate legal effect, it leaves existing EU nationals in limbo, and acts as a deterrent to top talent from the continent who might otherwise have considered a career in London. The government has said freedom of movement is a key negotiating tool for Brexit talks with the EU, leaving many to hold out hope that a mutually beneficial solution is forthcoming in the months ahead.

Chief executive of the British Bankers Association, Anthony Browne, characterized financial institutions as “quivering over the relocate button”. And indeed the ongoing instability is affecting businesses: According to a survey conducted by the market research company Ipsos MORI, 58 percent of business leaders from Britain’s largest firms reported Brexit having already had a negative impact on business. In addition, a January EY survey reports that half of the financial services institutions that threatened to relocate staff have already done so.

Paris, Dublin and Frankfurt are among the top cities hoping to replace London as Europe’s financial capital. “When you add up the half million people who work in the City of London and their spouses and children, you’re looking at over triple the population of Frankfurt, and over half the population of Paris”, said Enver. “It’s all well and good to put on a charm offensive, but without the infrastructure to absorb the City’s financial services industry in full, it’s wishful thinking”.

A more likely scenario is a decentralized approach in which institutions spread operations out across a handful of cities. Most large institutions have drafted plans for relocating a percentage of their trading operations to other cities. “Whether the relocation preparations are contingency plans or idle threats remains to be seen”, said Enver. “That said, it’s hard to imagine a scenario in which a hard Brexit doesn’t trigger some movement out of London”.

It isn’t all bleak, however. A handful of top financial services institutions are openly shopping around for new office space in Canary Wharf, and a survey conducted by the salary benchmarking site Emolument found that 59 percent of financial services professionals expect their company to perform better in 2017 than it had in 2016. In a nod to the future, millennials and tech professionals were particularly optimistic about the business climate ahead. “The desire to hire is strong. The drive to take on new opportunities is strong. Everyone’s just waiting for the government to get on with it”, said Enver.