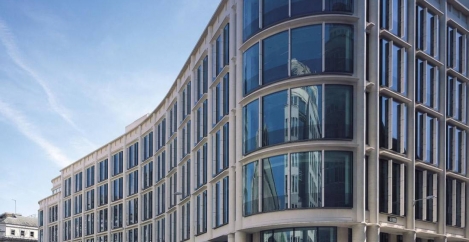 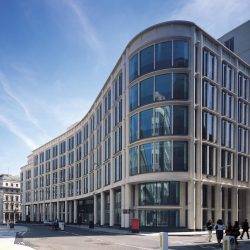 Investment in Central London offices totalled £5bn in the final quarter of 2018, bringing the year-end total to £17.6bn, a 10 percent rise from 2017 and the highest level since 2014, according to data from CBRE. The final quarter of 2018 saw a 16 percent quarterly rise in investment volumes compared to Q3 2018 and a 69 percent increase on Q4 2017. Over the course of the year, five deals over £500m transacted, including the £1bn sale of 5 Broadgate to CK Asset Holdings and the £1.3bn sale of leaseback of Goldman Sachs’ new European HQ. Whilst none of these larger transactions completed in the final quarter of 2018, Q4 was the most active of the year in terms of number of deals transacted. A total of 65 deals completed in the final quarter of 2018, highlighting the persistent demand for assets in Europe’s principal gateway city. The largest investment transaction in Q4 2018 was the £400m+ sale of 30 Gresham Street to Wing Tai and Manhattan Group from Samsung.

Overseas investors represented the dominant share of the market in 2018, constituting 76 percent of all investment volumes. However, this represents a fall from 81 percent of the market in 2017. Once again, Asian investors were the most active investing £7.3 billion and accounting for 57 percent of total overseas investment in 2018. Domestic investors were more active, particularly in the fourth quarter, with their investment level reaching the highest level since 2013 for the quarter and the highest for the year since 2015.

Commented James Beckham, Head of London Investment, CBRE: “London has shown its resilience in the face of uncertainty and persistent noise around Brexit. We are seeing consistent levels of liquidity in the London market and greater diversification of capital from across Asia, a trend we expect to continue in 2019. The UK REITs also became more active again in the final quarter.

“We are anticipating overall investment volumes to be slightly lower in 2019 but there is still strong demand at both ends of the risk spectrum; overseas investors’ appetite for best in class assets is unwavering whilst UK funds are seeking value-add opportunities in order to capture enhanced returns.”

Working mothers disproportionately more stressed, study claims Workers do not take week and a half of holiday allowance each year