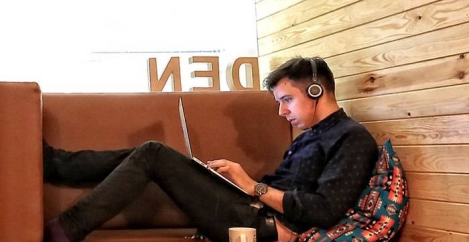 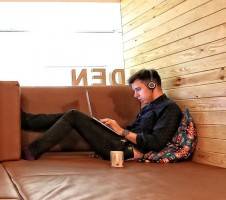 When it comes to each individual’s working space and workstation area, a question that is always worth asking (and often is) is whether it is best to back off and let people customise their immediate surroundings to fit with their own tastes and needs or whether a company-wide tidy desk policy and uniformity of approach be imposed to protect a specific look and standard. One factor that is relevant is that there seems to be a pendulum swing between aesthetics and wellbeing going on at the moment, with many companies going back and forth in pursuit of the best approach. A study, conducted a few years ago by psychological scientist Professor Kathleen Vohs, along with a number of other researchers from the University of Minnesota, considered the behaviour of people working on both messy and clean desks and found that the individuals working in messier spaces came up with more creative and interesting results in their work overall.

With such findings backed up by the habits of great minds like Einstein, Roald Dahl and Steve Jobs, who all purportedly favoured messy desks and produced their best work from the same, it’s hard to produce an argument for any sort of enforced, orderly approach. So, in this age where employee wellbeing is up there with health and safety and we’re all doing our best to promote staff retention, is now the time to stop policing individuals’ desk areas, once and for all, and allow team members a bit of free rein?

The ‘clear desk’ or ‘clean desk’ policy, a directive imposed by employers and managers, was initially introduced as a way of protecting a company from threats to its security, theft or fraud. However, it’s most common use now is as a means of keeping offices tidy while securing a uniform look and meeting a set standard.

This ‘tidy’ look has come to be widely viewed as the most professional and, certainly, the most desirable for those offices frequented by clients and regular visitors. In short, it pleases the many and, for a lot of businesses, it helps to uphold the image of the brand. (There is also something quite therapeutic about clearing your desk at the end of every working day, which balances the wellbeing argument, to an extent, and presents the ‘clean desk’ approach as in the workers’ best interests). Not to mention, it causes the least offence to co-workers, along with all others who pass through the vicinity…

Now, swinging that pendulum back again… Although we should be aware of boundaries and respect each other’s space, particularly in an open-plan environment where there are no obvious markers, members of a team shouldn’t expect to be regulated when it comes to personal items. As with everything, there surely has to be room for balance and workers need to be able to feel comfortable in, and able to identify with, their place of work. 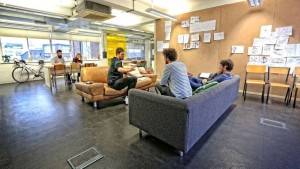 Consider that, as individual space continues to decrease in favour of shared space – communal areas, meeting rooms and shared hot-desking areas –what little that remains on and around the desk has become of even greater importance to the individual. The desk, in fact, is the one solid block of space, the single physical aspect of office life, that can actually be rooted in the personal.

Google is a prime example of a business that recognises and supports this ethos, going as far as to allow its software engineers the opportunity to design their own desks and write on the walls. The tech giant works from the theory that having a personal imprint on our own space allows us to operate at our best intellectually and to be at our most productive. This ideology is further born out by research completed by academics at Exeter University in the last couple of years which revealed that employees are up to 15 per cent more productive when they can engage with their surrounds.

It certainly makes sense: By giving workers some freedom to own and manage their own space, you are also giving them the opportunity to be innovative, creative and most effective. You might not be able to give them their dream working environment but what you can do is allow the worker some say and some control over his or her workstation and the small piece of space that he or she inhabits. It’s their desk; they should ‘own’ it.

Ultimately, we have to make work ‘work’ for us and we need to feel comfortable in the working environment in order to do that. As the morale of the team has a proven impact on productivity, it’s in the interest of the company to make that happen and to make us all feel like we fit in. Encouraging employees to own their own space is, therefore, for the good of all.

Allowing some sort of free rein also advocates permanency. It’s the opposite of the notion of being a temp and it shows each individual that they matter and they’re valued. It shouts out: You’re here; you’re permanent; this is yours. And, one final thought: If you own the space, you’re surely far more likely to want to own the job, aren’t you?