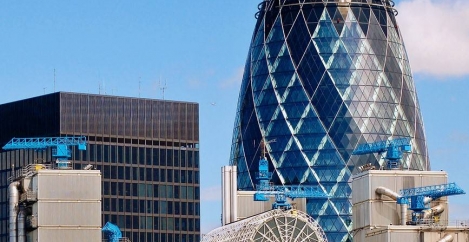 City of London on track for record levels of office investment 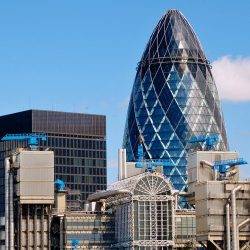 The City of London is defying the doomsday Brexit scenario and on track to reach record levels of office investment in 2017, as Savills anticipates total turnover will hit £12.5 billion – subject to a number of deals currently under offer exchanging or completing before 31st December. This sees total transactions in 2017 doubling the 10-year average (£6.259 billion), in line with the all-time record volume seen in 2014 (£12.6 billion). The real estate advisor suggests the West End market will see £7.155 billion transacted in 2017 bringing total turnover in central London for the year £19.6 billion. Savills says that the weakness of sterling since the EU referendum has boosted the city’s attractions to overseas capital.  This has happened in tandem with a return of UK buyers to the London market. Figures from the firm show office take-up in the City and West End are both above the long-term average while more than a third of the city’s developments are pre-let.

Mat Oakley, head of European commercial research at Savills, says: “You are hard-pressed to find a negative market metric on the London office market at the moment, and that has been the biggest surprise of the post-referendum period. Many big businesses have decided Britain leaving the EU is going to take a long time and no one is rushing to make a significant decision about a relocation and get it wrong so we think the impact of Brexit is going to be markedly less and markedly later than perhaps people first thought.

“Non-domestic investors, more active than ever, are attracted to London by comparative risk compared to their own markets, and also by comparative returns as prime yields on London offices are higher than those in much of Europe and Asia-Pacific.“

With over 26 different nationalities of investor transacting in London,  Savills figures show Hong Kong buyers have taken the lion’s share of activity (31.5 percent) lifted by two substantial transactions – The Leadenhall Building and 20 Fenchurch Street which between them account for over £2 billion. UK buyers have accounted for 19.52 percent of all central London transactions. German investors have make up 13.34 percent, US (10.18 percent), Mainland China (5 percent), Switzerland (3.1 percent) and Middle East (2.1 percent).

Felix Rabeneck, director in the central London investment team, adds: “With investors from over 26 countries contributing to London’s strong investment performance in 2017, the city continues to perform as a leading desination and a recognised safe haven for global capital.  A focus on core assets amongst Asian buyers has seen significant activity in The City of London this year although we’re seeing several parties begin to look up the risk curve which we believe we will see play out in 2018. While in no way immune to the uncertainties around Brexit discussions, London has proved it can withstand these headwinds and pricing remains robust.”