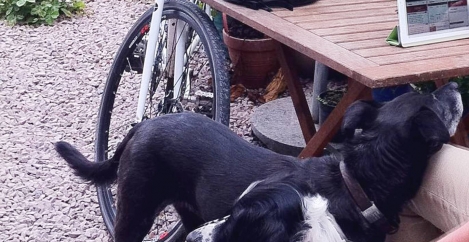 We need to have an honest conversation about presenteeism 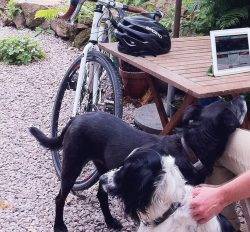 We have talked before about the risks of over thinking problems. It is not just something that consultants, designers and the workplace intelligentsia are guilty of – everyone does it.  It is why we do not switch off when we are ill and still insist on going to work. We over think the consequences of not being in our workplace. Likewise, many traditional line managers simply cannot get their head around their teams working from home. After all, modern management mantras all talk about creating a great atmosphere in which teams all work together – in the same space at the same time? We all tend to over complicate most things and that is one of the main reasons in the UK we struggle with the concept of working from home. A consequence of this is the rise in presenteeism, which is mainly linked to illness, people ignoring how bad they feel and because of a perceived pressure, still turning up for work.

A Work Foundation report in 2010/11 found that presenteeism, or sickness presence, could account for as much if not more of a loss in productivity than sickness absence. The report found that personal money troubles, work-related stress and perceived pressure from managers were all contributing factors. The ongoing economic downturn has seen the problem worsen, with staff worrying more about possible downsizing and job losses. Not surprisingly research has found the issue is more serious in some sectors than others. Gunnar Aronsson at the National Institute for Working Life in Stockholm interviewed over 3,800 workers and finding problems in education and the care industry where pay might be lower and cover for a colleague harder to find.

In the UK, the CIPD’s Absence Management Report from 2015 claims nearly one third of staff persistently turn up to work ill and just 35 per cent are generally healthy and present. Speaking at the CIPD conference that year, Professor Sir Cary Cooper of the Manchester Business School, said “Workers coming in and doing nothing is more dangerous for the UK economy than absenteeism.”

There is an argument that says if the right workplace culture exists; if the space people use to work in is connected to the brand and the values of the organisation are understood then the pressure, or worry about job security might be mitigated. Clearly, good workplace design has a role in this creation of a safe place, team atmosphere and effective environment.

But ironically, workplace issues and the drive to create the ‘best workplace’ ever might have the opposite effect. As ever, there is a balance to be struck and hence the best role that workplace design can play is one done in partnership with the HR and operational teams of an organisation.

We need to address this problem in the UK because we are getting worse. Cooper argues that we need to work smarter. Over 70 per cent of UK workers are putting in more than 40 hours a week, and 11 per cent work 60 hours a week or more. In Germany the working day now is enshrined in law as eight hours. But there is a recognition that the digital workplace undermines that concept and many Germans are go over the legal limit. It is not an easy thing to resolve and arguments between employers, unions, politicians and the German Council of Economic Experts point to all sorts of issues that need addressing. The worrying thing in Germany there is a call to work longer hours. Compare that to Sweden, where many organisations are trialling six-hour work days.

Professor Cooper has had this argument before – he disagrees. He claims there is no research to support senior managers’ belief that working longer hours makes people more productive. “If you consistently work long hours, you will get ill,” he says.

So, let’s work differently. Germans, Swedes and most Brits all agree that we need to work smarter, not harder, to adjust to new ways of working. Can workplace strategists and designers find the balance? Can we create a culture that says it is OK to work from home? After all, according to Workplace Trends (thanks Nigel Oseland) 67 percent of supervisors say remote workers increase productivity overall. Why? Because there are no meetings, loud colleagues or water cooler moments to slow work down. More of us are doing it. There is an increase in how long employees are spending working remotely. Between 2012 and 2016, the proportion of people who worked four or five days per week remotely rose 7 percentage points to 31 percent.

It isn’t just research and data saying it; people want a more agile way of working. That means better design, better culture and better leadership too. Add it together and the perceived pressure that creates what is close to an epidemic of presenteeism can be stopped at source.

The trick here is to keep things simple – let’s not over think stuff. Make it easy for people to work where they feel most effective. Get it right and organisations will be more productive (if we agree to disagree about any precise definitions). There is still a risk we might be working long hours, albeit not the length of time Cary Cooper thinks will make us all ill – but given the right balance and the best environment at home, at work or in a third space we will be happier and more effective. Which must be a good thing.