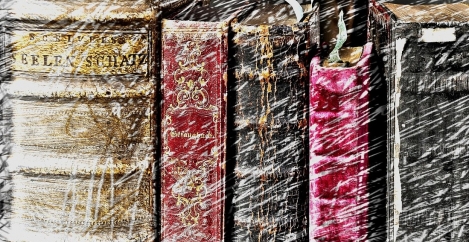 Zoom fatigue and the new era of online meetings 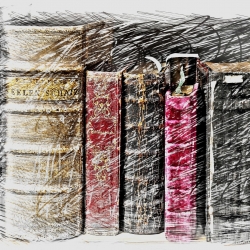 When it comes to that annual announcement the publishers of dictionaries like to make about their Word of the Year, 2020 will have only one candidate. But if there were a shortlist, you can bet that Zoom would be on it. The uptake of Zoom and other apps to help people connect during the lockdown has been remarkable. Numbers emerge each week of the scale of growth, but they’re instantly out of date and probably meaningless anyway. We could make up something like there having been a 2,300% increase since March 23rd, and it might as well be true.

Any rapid change of this kind inevitably offers its own challenges. For once these don’t seem to be about adopting the technology because this seems pretty straightforward. They’re mostly cultural.

For a start there’s the whole problem of inviting colleagues into your home. For those who like to draw demarcations between their work and home selves – which means all of us – this brings its own challenges. There’s even a name for the switch we do between the different personas we adopt inside and outside the home. It’s called free trait behaviour.

The unwelcome intrusion of real life into this carefully constructed professional façade has generated its own memes, most involving the intrusion of cats, children and half-dressed partners

The unwelcome intrusion of real life into this carefully constructed professional façade has generated its own memes, most involving the unwelcome arrival of cats, children and half-dressed partners.

But you can also be judged on the backdrops you choose. Many opt for bookcases, which is understandable for a home office, but then you have the whole problem of which books are visible on camera. Do you go for the obviously unread Proust, you pretentious windbag, the surprising collection of Barbara Cartland novels or the dead giveaway of a stack of self-help books? And what’s that other thing on the bookshelf?

You could buy a green screen and have a virtual background, but which do you choose? The Golden Gate Bridge? The Simpsons’ front room? A beach? Or Stephen Fry’s bookcase?

Then you have the issue of what to wear. Most of those tedious lists of tips for working from home include an injunction to shower and get dressed, but they are less clear on what that means in reality.

This seems to have been a particular problem for politicians, who were already likely to try a bit too hard to look normal, and usually ended up looking anything but. Nobody who saw Nigel Farage dressed like he’d picked his outfit from the lost property basket of a leisure centre before positioning his camera at the worst possible angle on a table in front of him could forget it. And I don’t recommend googling it. But then again there’s no need to go the way of MP Stephen Kinnock who was dressed in full suit and well polished shoes.

Finally there are problems adjusting to the tech itself. A serried rank of onscreen heads like the intro to The Muppet Show will be one of the enduring images of the year but do this many people usually attend meetings together? And why don’t they mute their microphones when not speaking, a particular problem for Welsh politician Vaughan Gething whose sweary rant about a colleague during a Welsh Assembly meeting went viral.

And finally an appeal to sort those camera angles out, especially if you’re on television. Maybe take that stack of books you’d rather people didn’t judge you for off the shelves and prop your laptop on them. That way we can look you in the eye, rather than nostril.

This piece features in the new issue of IN Magazine.