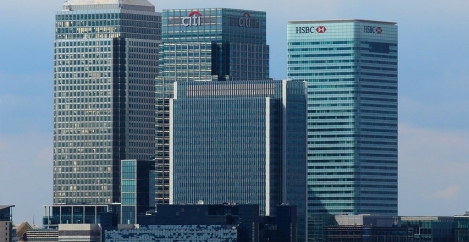 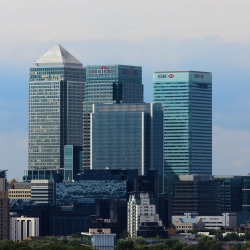 The UK’s commercial real estate market is entering or might already be in a downturn, according to an industry survey from the Royal Institute of Chartered Surveyors. As higher interest rates push up investors’ financing costs and economic sentiment takes a dive, 43 percent of respondents to its quarterly commercial property survey thought the sector was in the early stages of a downturn, and a further 10 percent thought it was in the middle of one. By contrast, three months ago 53 percent said the sector was in the early or middle stages of an upturn, a proportion that has now slumped to 22 percent.

The majority of those surveyed have seen a deterioration in credit conditions over the past few months, which has dampened sentiment among investors. Although not as many as before, most agents are still taking more inquiries from investors, the organisation said.

Investor demand for offices, which had been picking up, lost momentum, though. Whereas at the last survey in April a net 23 per cent of institution members had seen an improvement in investor appetite for offices, a net 1 per cent this time reported a drop-off in demand.

“The gloomier macro outlook appears to be dampening sentiment across the commercial real estate market,” RICS economist Tarrant Parsons said. “Given interest rates are set to rise further from here, it appears the market may be at a turning point.”

British consumer price inflation hit a 40-year high of 9.4 percent in June, and financial markets expect the Bank of England next week to raise interest rates by half a percentage point to 1.75 percent, which would be the biggest rate rise since 1995.

Markets price in BoE rates will hit 3 percent by early 2023 and RICS said credit conditions for property investment are now more difficult. Capital values were projected to fall outright for retail space, which is bearing the brunt of the cost-of-living squeeze. Demand for office space was levelling off – especially for second-tier locations – while the outlook for industrial sites such as warehouses remained strong, RICS said in its report.

Generational careers divide opens up in wake of pandemic Personal space is not merely an issue of hygiene, but a biological imperative