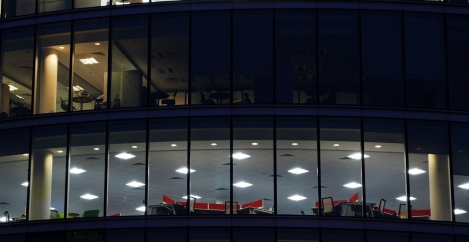 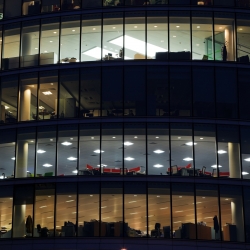 Commercial real estate rental prices are continuing to drop in all the UK’s main business centres according to the latest quarterly figures by national office agent FreeOfficeFinder.com. Office rental prices and those for coworking spaces at the UK’s major cities are all feeling the long-term effects of the Covid-19 pandemic with predictions that they will slump even further as a result of the new lockdown measures announced by the government.

In the latest figures, which cover the period from January 1st to September 30th, none of the UK’s major cities have gone unscathed with drops in the ‘desk price’. Manchester has fared best with just a one percent fall while Edinburgh has seen the biggest drop at 13 percent – the only city with a double-digit drop.

Bristol has witnessed a nine percent fall, Leeds a seven percent drop, as has London, however there are significant variations across the city. Glasgow has seen a five percent fall, Cardiff and Birmingham have slipped four percent and Newcastle two percent.

In coworking spaces, Edinburgh has not seen a fall in the desk price since the start of the year, however, Leeds has seen a staggering 28 percent wiped off the price since the start of the year. Birmingham has the next highest fall of 12 percent. Glasgow, Cardiff and Bristol have dropped eight percent, Manchester’s prices are six percent lower, London’s four percent and Newcastle just two percent.

Liverpool, which has been placed in the ‘very high alert’ tier three category announced by the government, has seen a three percent decrease in private rates and two percent in Coworking prices. However, the new rules are expected to impact heavily and force prices lower. 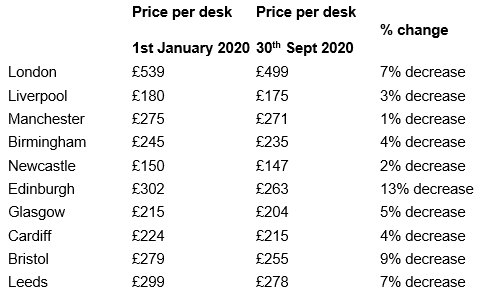 The capital has witnessed drops and rises across the city. The biggest faller is the shining beacon of the office industry – Canary Wharf, which has seen private desk rates fall by a third since the start of the year and by 14 percent since June.

The large drop in Canary Wharf is attributed to the large financial corporations such as HSBC, Barclays and American Express not envisaging a full return of the workforce to the office. There encouraging signs however, that the lower price is encouraging other businesses to move back into the area. While the private rate has fallen steeply, the Coworking desking rate has dropped just five percent.

The only central London location to witness a rise is Southwark, which has seen an increase of 16 percent.

However, there have been substantial rises in co-working spaces where providers have had to reduce the occupancy because of implementing Covid-19 measures.

“It is difficult to see any rise in prices until next year.”

Angel (28 percent), Embankment (23 percent) and Baker Street (22 percent) have been the major areas to benefit. Landlords are attempting to stimulate the market, where feasible, by offering a range of incentives to businesses including free or low rent deals in the event of lockdowns.

FreeOfficeFinder.com managing director Nick Riesel said: “It is not surprising to see prices fall given that office workers have been advised to work from home during the majority of the Covid-19 pandemic.

“Some locations have fared better than others and that predominantly comes down to supply and demand in that area.

“Given the latest government announcement and the fact many people are still working from home, it is difficult to see any rise in prices until next year. Landlords are trying to stimulate the market in a number of ways – including free rent deals until the end of the year and rent free periods in the event of any lockdowns.”