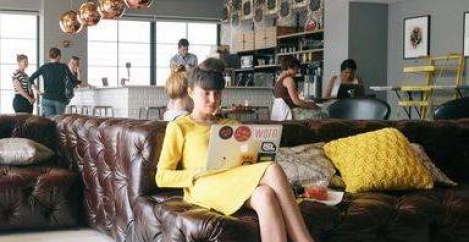 Coworking continuing to drive workplace change around the world 0 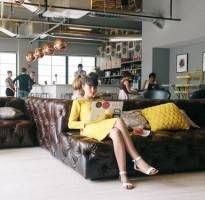 Coworking continues to be one of the main drivers of workplace change globally and is now becoming mainstream, according to new research from serviced office provider The Instant Group. According to the firm’s Flexible Workspace Review – US 2016 report, coworking grew more than 10 percent across the US over the last year and ‘combination centres’ which offer both executive suites and coworking spaces expanded by 12.9 percent as existing operators sought to take advantage of the growing demand for collaborative and agile workspace. The study claims that the occupation of flexible workspace by corporations has significantly expanded the US flexible office market over the past year, largely driven by the rise of the contingent workforce and changing workplace demands of Millennials. The total market grew by 4.3 percent and now includes 3,596 centres, the largest markets of its kind in the world with the UK following at 3,290 centres.

The study claims that “corporate demand for agile space solutions, which offer shorter deal terms and transparent, monthly pricing, are driving markets such as NYC and benefiting existing brands such as Regus and also catalyzing the rapid growth of the WeWork brand”.

The idea is also gaining traction in Australia, possibly the world’s most progressive country when it comes to workplace design and management. Nearly all the participants in a small scale survey carried out by JLL and TEDxSydney said the ability to cowork with other businesses and entrepreneurs was the most important factor in the design of the future workplace. Only a handful of participants said a “high-end trophy” workplace signified a way ahead.

JLL featured an ‘Urban Canvas’ at the TEDxSydney event last month to showcase visions and aspirations of what the future workplace, built environment and city landscape could look like. The view from the pre-event workshop held by JLL in Sydney was that the office will be alive and well in the future – just more collaborative, with a greater focus on health and wellbeing.

In the lead up to the TEDxSydney event, JLL held a co-creation workshop in Sydney with 40 participants, to start work on this vision. The workshop focused on what should be built today for tomorrow.

JLL Director of Corporate Solutions, Rajiv Nagrath said, “The workshop confirmed all that we are forecasting and visualising for the future in terms of advances in technology, transport and health.  But we all remained of the same view – no matter how much the built environment, technology or cities change, the key need for people in 2050 will be the same as today, human connection. So from a JLL point of view with our focus on the work environment of the future, our conclusion is that the office is not dead. Whilst people don’t want CBDs anymore, they certainly still want built structures, to allow collaboration. Instead of traditional single-use structures such as office towers – people want more multi-functional, mixed-use buildings that enable them to co-work with diverse industries and their teams, at hubs closer to home. This might translate into smaller CBDs growing in demand and importance, e.g. Parramatta and North Sydney.

“Whilst technology today has equated to flexible working, and being able to work from home more, or remotely, attendees felt that the future would see people utilising face to face time to share and foster ideas and innovation.

JLL’s Australian Head of Property & Asset Management, Richard Fennell said the radically changing work environment meant that occupiers will drive the type of office buildings that are built in the future. “Whilst the TEDxSydney community reflected on the surmountable change technology would bring to our built environment, basic human needs in regard to connections, social consciousness and community continued to be the key themes of the day.  In a world driven by the ‘next big thing’, it became apparent that people were craving less screen time and more face-to-face interaction.

“Establishing human connection within a built environment is at the heart of ‘placemaking’ and customer experience, and remains a key focus for JLL. Providing people with places to connect, innovate and co-create is becoming more important than ever before.

“JLL’s approach across Australia in the buildings we manage reflects the ethos that tenants are customers and the office is no longer regarded only as a place to work, but must involve an emphasis on lifestyle, convenience and amenity,” said Mr Fennell.