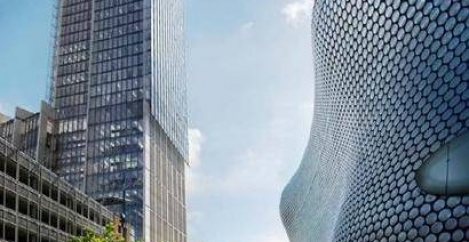 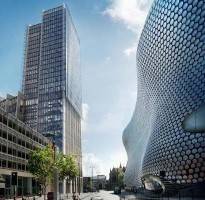 Edwin Bray, lead partner of Deloitte Real Estate in the Midlands, commented: “This is an incredibly positive report in many ways, and reflects the sentiment towards Birmingham and the wider Midlands region that we are seeing across our firm and client-base, not just here in the UK, but globally. The Midlands ‘engine’ is roaring loud and clear, and the year-on-year improvements and investments, such as the £600m refurbishment of New Street Station, the Grand Central Shopping Centre and the new Midlands Metro, just continue to strengthen the city’s offer.”

Bray continued: “Increase in capital values coupled with genuine rental growth has been a feature of the last 12 months and yet, our market continues to offer excellent opportunities and great value for investors prepared to consider an alternative to London.”

The areas that have seen a decrease in the latest Deloitte report are construction of new education facilities (one recorded), residential completions (none recorded) and the overall number of new schemes (nine) which fell below the average (11). There are however a number of schemes in the residential sector that are nearing construction start (the Deloitte Crane Survey only counts projects in construction, not demolition) and at the time of the report’s publication Birmingham City Council has sighted 12 development sites across the city centre which have been scoped for residential development.

“If you put this in context, and consider where Birmingham was at the point of our last survey in 2013, seeing a 10-year low in new schemes, the overall message is still that Birmingham’s outlook – short and mid-term – is positive,” concluded Bray.

Pauline Biddle, practice senior partner for Deloitte in the Midlands, added: “This latest Deloitte Crane Survey shows that the bridge between London and the regions in the recent economic downturn appears to have strengthened, with confidence in Birmingham and other regional centres improving year-on-year. This has been reinforced by the commitments from some of the world’s biggest brands to relocate and expand their Birmingham operations and the Chancellor’s latest announcement of a £1.1bn devolution package.”

Neil Rami, chief executive of inward investment agency Marketing Birmingham, commented: “Birmingham’s popularity as a business and leisure destination continues to rise, with the city attracting record numbers of businesses and visitors. This is having a direct impact on our local property and construction sector, which is investing significantly across the city to meet this demand. It is critical for Birmingham’s economic performance that its new developments are tailored to the city’s specific requirements. The creation of much-needed high quality office space for new investors, and a variety of new residential schemes to house the talented staff and students locating here, will be particularly welcome.”

One of the most high  profile of the new generation of developments is also one of the tallest. Late last year, Broadway Malyan won planning for Birmingham’s tallest office tower. The 30-storey tower is part of the final phase of a £200 million development in Digbeth known as the Beorma Quarter, close to a proposed HS2 station.  The plans for the tower include 15,000 sq. m. of office space.