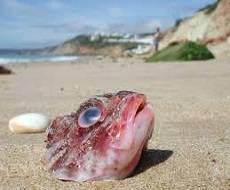 They say a fish rots from the head, and with overwhelming evidence this week that workplaces are torn by backbiting, lying and bitching, a global analysis on workplace trust reveals a deterioration in the levels of trust employees have for their bosses. Interaction Associates annual workplace trust research, Building Workplace Trust 2014/15, found that more than half of the people surveyed gave their organisation low marks for trust and effective leadership. More than half of the 500 people surveyed at companies worldwide, give their organisation low-to-poor marks for trust and effective leadership. When asked to rate the statement “Employees have a high level of trust in management and the organisation”, just four out of ten agreed. The majority (58%) found their organisation lacking, and in fact, trust may be going from bad to worse at many organisations, as  a quarter (26%) of those surveyed say they trust their boss less this year than in 2013.

Leadership effectiveness took a similar hit, with fewer than half of those surveyed (45%) agreeing that the statement “My organization has effective leadership” describes their organization well.

“Our research consistently points to how trust is critical for driving business results – and yet we see such a high rate of mistrust among the working population this year,” said Linda Stewart, CEO of Interaction Associates. “The results are alarming especially in light of the importance people place on trusting their leadership – some 82% of all respondents say that trusting their boss is essential for them to be effective in their job,” added Stewart.

The research demonstrates why employers need to sort out the trust issues in their organisations as it found that what it described as high-trust companies are far more likely than low-trust to have highly engaged and involved workforces and better employee retention.

Click here for more information on the research and suggested solutions.

Orgatec 2014 focuses on collaboration, quiet and wellbeing in the workplace The new issue of the Insight weekly newsletter is now available to view online