Culture determines how we choose neighbours in the Global Village 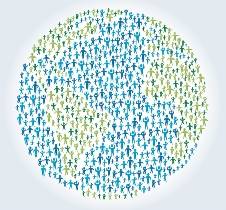 While a great deal has been written about the amount of time we spend each day dealing with emails, often to the detriment of other work, new research indicates that who we correspond with by email is influenced heavily by our cultural associations, language and beliefs. The study from researchers at Cornell and Stanford Universities in partnership with Yahoo found that people tend to align their email habits on the basis of cultural, linguistic and religious similarities with other users rather than pure geography. It suggests that while we may live in the Global Village, we still want to choose our digital neighbours.

So email users in the UK are more likely to use email to send information to their colleagues in Australia than they are those in France. The pattern of the old colonial powers in Europe being more closely associated with their former colonies than their EU partners is evident from the report.

The research also indicates groupings within groupings. For example, rather than identifying a homogeneous mass of interconnected individuals in the Muslim world, the study highlights three distinct groups  of users in North Africa, the Middle East and the rest of Asia.

The research used data from 10 million emails sent by consenting respondents that included relevant information such as where they lived. The report claims that the cultural delineation indicated by the results corresponds roughly with those put forward in Samuel Huntington’s 1996 book The Clash of Civilizations. What the authors suggest in their conclusion is that for all the talk of globalisation, the data suggest a far more complex connection between the people of the world and that their associations are still formed on the basis of their cultural and religious groupings and languages.