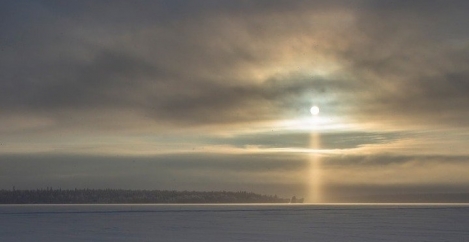 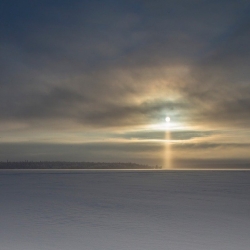 Here’s the perfect story for the day the clocks turn back in the UK. Our perceptions of temperature can be affected by the levels of daylight we experience. That is the core finding of a new study from researchers at the Swiss Federal Institute of Technology in Lausanne led by Giorgia Chinazzo. The study published in the journal Scientific Reports claims to show for the first time that low levels of daylight can make people feel colder.

The experiment that forms the basis of the study included the creation of a room with precisely controlled temperatures and levels of daylight set with controllable filters applied to the windows. The subjects were 42 men and 42 women who were asked to complete a number of administrative tasks under three different temperatures – 19°C, 23°C and 27°C – and three daylight conditions (low, medium and high). The researchers used sensors to monitor the air temperature around each participant, and also their skin temperature at various points on their bodies.

Every half an hour the subjects were asked to report on how subjectively comfortable they felt with the temperature levels in the room and how acceptable it was in terms of working conditions.

While variations in daylight levels didn’t affect the skin temperature of participants, when levels of light were low, they tended to describe cooler rooms as less comfortable or less acceptable than when temperatures were higher. Similarly they were also more likely to describe themselves as uncomfortable and their working conditions as less acceptable when high temperatures were combined with high levels of daylight.

The researchers argue that this can be explained by the way perceptions of one sense modify those of another sense, something they describe as a ‘cross-modal effect’.

“The findings presented here provide the first evidence that daylight can affect human subjective thermal perception from a psychological point of view and that results depend on the thermal environment to which people are exposed to,” they write.

“Specifically, it has been shown that, despite the fact that more daylight is associated to more sunrays and subsequent heat gains (a physical phenomenon impossible to uncouple), interactions between daylight and the thermal environment can occur on a perceptual level. Findings open new prospects in human thermal comfort research, helping shed more light on the factors affecting adaptive processes in indoor environments.

“Moreover, these findings highlight the fact that temperature and daylight illuminance conditions should be tuned and controlled through building design and operation to guarantee occupants’ thermal comfort. In conclusion, daylight should be considered as a factor affecting thermal perception in both practice and research, and visual characteristics of the indoor environment should be recorded and considered together with the thermal factors in future research investigations and design projects.”