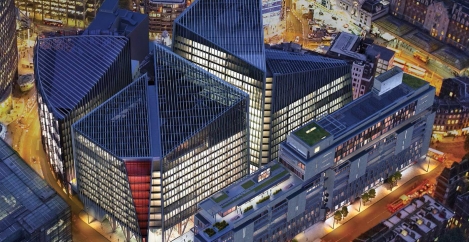 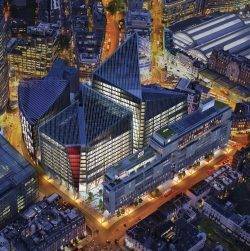 Take up of commercial office leases in London’s West End had its strongest start to the year since 2012, with the banking and finance sector continuing to actively seek space, new figures from CBRE have revealed. The amount of office space under offer on in Central London at the end of Q1 2018 stood at 3.2m sq ft, representing an increase of 6 percent on the previous quarter and showing a 3 percent increase on the same point last year. Take-up in Central London reached 2.8m sq ft in Q1 2018, with its largest deal boasting a 65,900 sq ft letting to WS Atkins at Nova North in Victoria. Availability in Central London increased by 7 percent to 14.3m sq ft but that is still below the total 12 months ago. A total of 1.1m sq ft of development and refurbishment space completed in Q1. A further 2.3m sq ft is expected to complete before the end of the year, of which 54 percent has already been committed to be leased. By the end of the quarter, 9.1m sq ft was being actively sought by occupiers, primarily from the banking and finance sector (26 percent) and creative industries sector (24 percent).

“In a noticeable trend, driven by a squeeze in supply, we are seeing continued demand for larger units, with eight transactions over 50,000 sq ft completing in Q1. London take-up is slightly behind trend albeit steady.

“However, there is renewed buoyancy in the West End market and we are seeing continued demand from occupiers in London’s highest quality buildings, a trend we expect to continue to see across all sectors.”