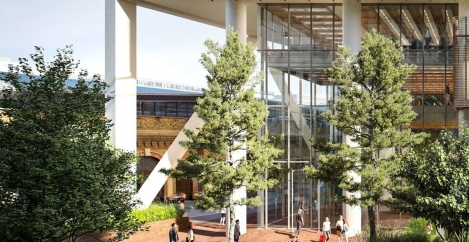 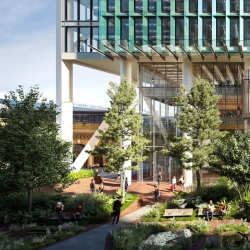 Progress is being seen in some aspects of the built environment on the drive to be more sustainable, according to the latest annual sustainability report produced by RICS, however the rate of advancement needs to accelerate significantly and become more widespread. The 2022 RICS Sustainability Report, which collated sentiment from almost 4,000 chartered surveyor contributors, around 1200 of which are from the UK, across commercial and construction sectors globally, shows that some improvement in the push for sustainability has been made in the past year, notably in the commercial real estate sector as demand for sustainable commercial property continues to rise.

However, the data also shows there has been little or no change in some important areas in the past 12 months. Indeed, in construction, a significant share of professionals say they do not measure carbon emissions on projects.

While the appetite for sustainable commercial property continues to rise in the UK, the change is modest. Looking at investors and occupiers separately in the UK, around 65 percent of contributors note that occupier demand for green/sustainable buildings has risen over the past 12 months, however the UK is falling behind Europe as a whole, with Europe leading the way with around 52 percent of contributors across the region seeing a modest increase in demand, and just under one-quarter stating that occupier interest in green/sustainable buildings has increased significantly.

On the investment side around 45 percent of survey contributors in the UK report a modest increase in investor appetite for green/sustainable buildings over the past 12 months, which is 5 percent higher than the global average. A further 21 percent suggest there has been a more significant increase in demand. Comparing the UK to the rest of Europe where the pick-up in investor demand is again stronger, around 80 percent of those surveyed across the whole of Europe see an increase in investor demand for green/sustainable real estate in the past year.

As demand for sustainable buildings continues to increase worldwide, it is impacting both rents and prices

As demand for sustainable buildings continues to increase not just in the UK but on a global scale, it is impacting both rents and prices, with a significant share of contributors seeing a market premium for sustainable buildings, and citing that non-green real estate assets are subject to a ‘brown discount’.  For those buildings that aren’t classed as green or sustainable, 48 percent of respondents noted a reduction in rents, and around half also cited a reduction in sale prices in the UK, with both figures lower than as can be seen in the whole of Europe, with 57 percent of respondents noting ‘brown discount’ for rental properties, and 60 percent noting a ‘brown discount’ in prices.

In another signal that people in the UK are placing more focus on sustainable property, the majority of respondents (55 percent) note a rise in climate risk assessments by investors on their built assets, suggesting that climate issues are now rising up the agenda and could be influencing the behaviour of key market players.

The figures suggest Europe is seeing stronger progress on sustainability in the built environment due to the spotlight being turned on green buildings by the European Commission’s ambitious Green Deal. Policymakers in other regions turning their attention towards sustainable real estate will lead to market shifts elsewhere, the report notes.

There is much room for improvement in measuring carbon emissions

This year’s results also show that there is much room for improvement in measuring carbon emissions. 76 percent of professionals in the UK state that they make no operational measurement of carbon emissions on projects, which is in line with the whole of Europe, but slightly higher when compared globally (72 percent). With more than half of the UK respondents also saying that they don’t measure embodied carbon, even for those that do, less than 14 percent use it to select the materials they use in their project.

When probed on the barriers to reducing carbon emissions, around 38 percent of contributors identified both the lack of established / adopted standards, guidance and tools and high costs or low availability of low-carbon products as the most fundamental issues. Alongside this, contributors also highlight cultural issues and established practices as a challenge.

“It is of benefit to all to embrace climate strategy, and we must reduce our impact as the built environment,” says Kisa Zehra, RICS Sustainability Analyst. “Behaviour change is happening, with higher rents and prices being seen for the more desirable sustainable properties, and climate risk assessments by investors on their built assets rising across the globe.  But, measuring all forms of carbon, is also critical to the changes we need to see from the built environment.

“Barriers to progress cited in the report have included a lack of established standards, guidance and tools. However, it is equally fair to say that industry must adopt these tools and standards where they are available and should make carbon assessment and management an integral part of business practice. Industry needs to work in collaboration to succeed. The work RICS is leading with partners, for example the ICMS coalition in developing a cost measurement standard that combines cost and carbon reporting, is a key example.

“RICS will continue to promote research, and demand policy changes while working in collaboration with industry, governments and our professionals to increase the impact of the built environment on positive climate strategy.”