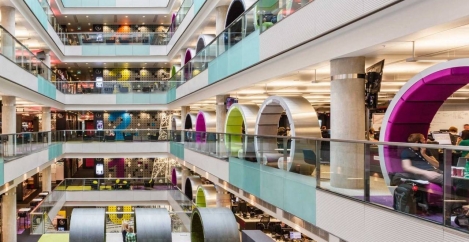 Design is the top factor when it comes to workplace happiness, claims study 0 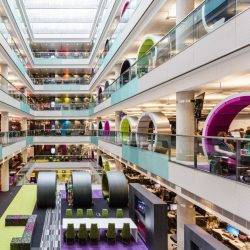 New research from Office Genie claims that office design makes the most significant difference to employee happiness levels. According to the survey of 2,000 British workers, when someone felt comfortable with the design of their workplace, it boosted their happiness by 33 percent compared to those who felt uncomfortable. Workplace design was found to have a larger impact than office temperature levels, light levels, noise levels, and social interaction levels: temperature made an average difference of (5 percent), light (6 percent), noise (8 percent), and social interaction (8 percent). It also came in ahead of the ability to work flexibly, specifically the ability to work from home which made a 12 percent difference to happiness levels. This is particularly remarkable when flexible working is often cited as one of the biggest factors affecting employee happiness, according to the study.

Peter Ames, Head of Strategy at Office Genie, had the following to say on the findings: “At Genie we’ve long been advocates of the idea workplace design has a huge impact on employee happiness. Providing people with the environment they need in which to work at their best is arguably the most important step in ensuring staff are happy and also productive. In the modern workplace, where things such as flexible working are increasingly at the forefront of workers concerns, we’d urge a stronger focus on factors such as design and layout: The cliche of a dull, dreary office is increasingly anachronistic, and this data shows why this  should be the case. ”