Discrimination concerns inhibit LGBT people from being ‘out’ at work 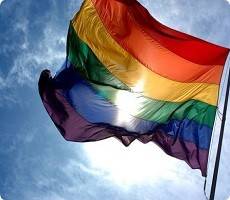 LGBT (lesbian, gay, bisexual and transgender) people are worried about harassment from colleagues or being passed over for promotion if they come out at work; and while two thirds of people are out at work in the Netherlands less than half are prepared to divulge their sexual orientation at work in the UK. These are the initial findings in a global study to prove the importance of implementing effective policies to support LGBT people at work. “LGBT Diversity: Show Me The Business Case” by business consulting firm Out Now measures the financial savings companies can make by encouraging people to be open at work about their sexual orientation or gender diversity. The report is drawn from an analysis of Out Now’s LGBT2020, a global research initiative involving more than 100,000 LGBT people worldwide.

One of the key data points is how “out” people feel they can be about their sexual orientation or gender identity with their work colleagues, and the proportion of people who are ‘Out’ to all work colleagues across the world are as follows:

The USA presents some cause for concern as there has been a 6 per cent decline over the past two years to just 38 per cent of US LGBT workers in 2014 reporting they are out to everyone at work (2012 sample, LGBT2020 Study: same figure was then 44%.)

According to the research, some larger companies have taken a leadership role in providing support and resources in their own workplaces to encourage the environment needed to make LGBT workers know that it is okay – and encouraged – to be out at work.

In countries where it might otherwise be tough to be too open about such things in the office, that kind of official support at work can make an enormous difference to the workplace culture – and the likelihood that LGBT people feel able to come out.

AXA, which is sponsoring the report is launching its new global inclusion initiative ‘Allies@AXA Pride’ next month to help LGBT employees in every country enjoy a strongly supportive workplace.

Christiane Bisanzio, head of human resources for the Northern, Central and Eastern European region and AXA Group chief diversity and inclusion officer, explaines: “We already know that we all work best when we are most satisfied with our workplace situations.

“AXA is passionately committed to being a leader in the field of workplace diversity and inclusion and our support for the new LGBT2020 report is in line with that commitment. We understand that the better we help our employees bring their whole selves to work, the better we can earn our position as their employer of choice. We see support for LGBT diversity in our workplaces as being not only the right thing to do, but also an important part of our overall business objectives.”

The report reveals that trying to be just “out to some” people at work about being a member of the LGBT community is not that easy either. You trust selected colleagues with this personal information but often may be left with a nagging doubt as to who they might share this with others. This causes some workers to simply to tell nobody at work.

The LGBT2020 report shows this can have a devastating bottom-line effect on losing valuable staff members who leave an unwelcoming workplace – usually without ever explaining the real reason they left.

On the positive side, the report reveals significant increases in reported productivity levels where workers feel able to safely come out to all their colleagues at work. Of course that can be easier said than done – and in some countries it is much harder than others to be out with everyone at work.

The full ‘LGBT Diversity: Show Me The Business Case’ report is released by Out Now in full on January 28, 2015 and requests to receive a copy can be made now at www.outnow2.com.