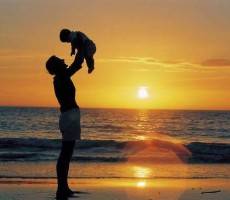 Over three quarters of employers welcome shared parental leave despite concerns about its complexity and implementation and many are considering adapting their policies in light of new legislation set to be introduced in April, according to a report from Workingmums.co.uk. The survey of over 400 employers found that 81 percent welcomed shared parental leave, with 19 percent saying they would find it difficult to implement. The report coincides with new data from the Department for Business, Innovation and Skills which found that more than half of Britons (53 percent) believe that childcare should be divided equally between mothers and fathers with men more likely than women to back shared parenting with 56 per cent in favour, compared to 50 per cent of women.

According to the Workingmums.co.uk study, some 13 percent of employers were still unaware of shared parental leave and 19 percent were aware but were unsure what impact it might have. Over half (56 percent) said they were still preparing a policy with challenges including increased paperwork and concerns about the complexity of dealing with parents who work in different organisations. A quarter already had a policy on it by early December 2014. Many employers said they had either adapted their company maternity package (15 percent) and a further 39 percent were considering adapting it, for instance, reducing what they offered to mothers in order to increase what they offer to dads.

Both this report and the research carried out by the Department for Business, Innovation and Skills was published ahead of April’s new Shared Parental Leave rules which will mean parents can evenly split 50 weeks of leave and 37 weeks of pay between them during their baby’s first year of life.

The new legislation supercedes rules originally introduced in April 2011 which allowed mothers and fathers to share parental leave as a single block. Now parents will be able to divide the year however they want, outside of a compulsory two-week recovery period for the mother after giving birth including taking time off together.

Gillian Nissim, founder of workingmums.co.uk, said: “It is interesting to see how many employers welcome shared parental leave despite some concerns about its complexity and about red tape and how they are looking at ways of making it work. However, there still appear to be a number of employers who are not aware of it or had not thought deeply about its implications. It will be important for those who emerge as leaders in this area to spread information about what they are doing to make the new legislation work so that others, particularly those with fewer resources, can see the benefits. It is also good to see the positive attitude of employers to flexible working. However, a small number say they will be more cautious as a result of the extension of the legislation to all employees. Caution is understandable, but there are many employers who already offered flexible working to all employees and have established a flexible culture who are reaping the rewards. Employers may need more support to implement a truly flexible culture rather than reacting on an ad hoc basis to requests.”