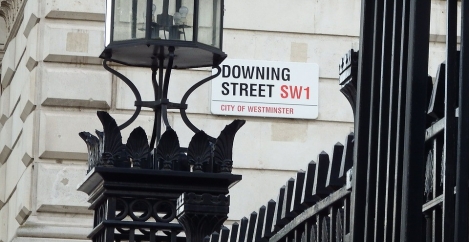 Downing Street is no longer fit for purpose as an office 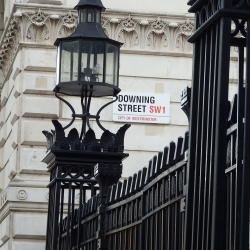 The next Prime Minister needs to move his or her office out of 10 Downing Street and into a modern, efficient office for Government to be effective, says consultancy Advanced Workplace Associates (AWA). Presently up to 400 people work in a suit of cramped buildings across 10, 11 and 12 Downing Street, a complex first built in the 17th century as residences and not significantly updated since the 1980s. Floorplans show over 100 different rooms, including flats occupied by the Prime Minister and the Chancellor of the Exchequer and their families. The layout of the buildings has been described by Whitehall insiders as a “rabbit warren”.

Andrew Mawson, managing director of AWA, argues that the old-fashioned nature of the Downing Street building leads to dysfunctional working practices and poor decision making. A move to modern, purpose built, offices would allow better collaboration, flows of information and social cohesion among the teams that advise the Prime Minister.

“Winston Churchill famously said: ‘We shape our buildings and thereafter they shape us’. He was talking about the Houses of Parliament, but he might as well have referred to Downing Street,” says Andrew Mawson. “It’s clear that 10 Downing Street isn’t fit for purpose and much of the muddled decision making afflicting the UK Government may stem from not having a proper office to work out of. No major corporation – or indeed government department – operates from a largely unreconstructed 300-year-old building or has the CEO living above the shop.”

The core of Downing Street was built in the 1680s and became the Prime Minister’s residence and offices in the 18th century, though Prime Ministers and their families did not start regularly living there until the beginning of the 20th century. The last major renovation of the buildings took place in the 1960s though there was some remodelling in the 1980s, and cabling to allow modern technology was added in the 1990s.

Andrew Mawson commented: “We know from our research into knowledge worker productivity the maximum productivity is achieved when a ‘psychologically safe’ environment is created for teams and communities to allow the flow of knowledge and information It is clear that 10 Downing Street does not naturally create an environment for this kind of working.”

Studies by AWA’s research group, partnering with The Centre for Evidence Based Management (CEBMa), have shown that there are six factors that lead to optimum team performance – trust, social cohesion, information sharing, perceived supervisory support, vision/goal clarity and external communication.

“It is hard to see how the ideal culture for work – based on those six factors – can exist in 10 Downing Street, and this will have an impact on the quality of decision making at the centre of UK Government,” said Andrew Mawson.