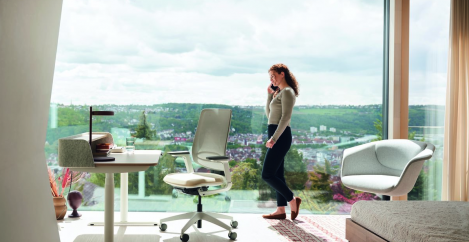 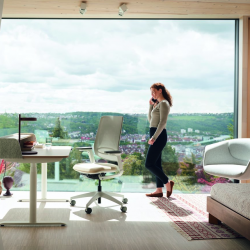 Working from home increased by more than 50 percent in all UK regions Change in homeworking and non-homeworking, October to December 2019 and January to March 2022, UK regions, not seasonally adjusted.

In response to the report, Paul Clark, Senior Vice President, EMEA at Poly said that the rise highlighted the way employers were seizing the chance to offer people a better working culture. “While homeworkers are increasing, organisations must not forget that a large number are returning to the office,” he said. “For instance, the younger generation that enjoy the social aspect and the more traditional workers that prefer the office set-up.

“If organisations want to make hybrid ‘work’ they need to have a fresh look at the office – 77 percent of organisations are redesigning their offices to add more open plan areas, collaboration spaces and areas to socialise. Nearly a third (30 percent) are planning to reduce the number of desks. Ultimately, employers must meet the needs of all their employees and provide a flexible work environment where people have the tools and spaces they need to stay productive. This will give organisations the best chance of success in a competitive market. The ones that don’t will see their talent walking out the door and risk being put out of business.”