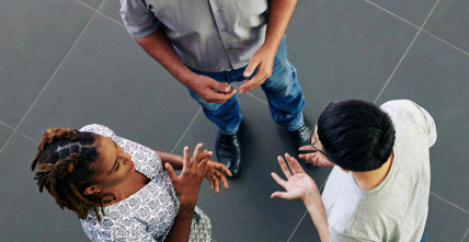 According to a poll from Benefex, three quarters (77 percent) of workers admit they expect more of their employer now than since the start of the pandemic, and eight in 10 state that their employee experience at work is more important than a year ago.  However, expectations have risen significantly more among employees under the age of 40, compared with those aged 40 and above. Eight in ten of the under 40s said both their expectations of their employer and their employee experience at work had increased since the coronavirus compared to 67 percent and 70 percent of the over 40s respectively.

According to the study [registration], while expectations have increased across a range of employee experiences among both cohorts, it is younger workers who are more demanding and discerning, particularly when it came to the quality and suitability of the technology and systems provided by their employers. Almost two-thirds (64 percent) criticise their workplace technology saying it lagged behind the tech used at home compared to 43 percent of the over 40s.

Beyond this, younger workers are also increasingly looking to their employers to support their wellbeing, provide a considerable benefits package, operate in a way that aligns with their own personal values and to offer higher levels of flexibility in their working practices.

Over half (51 percent) of the millennial workers admitted to expecting more from their employers in relation to wellbeing compared to over a third of the over 40s. Similarly, around four in ten had heightened expectations around their benefits package and working for an employer that aligns with their personal values versus just a quarter (23 percent) of the over 40s.

On the whole, millennial workers are more invested in the benefits offered by their employers with around a third (30 percent) saying they are interested and engaged compared to 18 percent for the over 40s. And almost 1 in 4 (23 percent) had negotiated a better package for themselves since joining their firms versus just 14 percent of the over 40s.

Unsurprisingly, millennials were also more pointed when it came to expressing opinions around flexible working arrangements. Four in ten admitted to seeing flexible working in terms of where (37 percent) and how (40 percent) they work as a right not a privilege. These figures dropped to a quarter for their over 40 counterparts.

The research showed it’s not just existing employees that have higher expectations post pandemic – prospective employees also expect more from their future employers. When asked what was important in a potential employer, the Benefex research exposed a range of factors including: a commitment to wellbeing (92 percent), benefits provision (90 percent), high ethical standards (89 percent), and flexible working provision (83 percent).