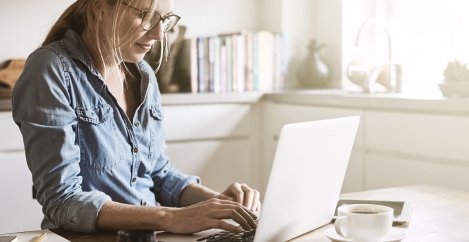 Employees reluctant to give up flexible working after lockdown 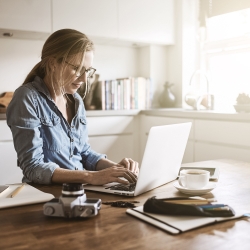 New working patterns prompted by COVID-19 could cause employees to permanently reduce time spent in the office, as nearly half (45 percent) of Brits predict a permanent change to their employers’ approach to flexible working when lockdown lifts. O2 Business’ new report – entitled The Flexible Future of Work, conducted in partnership with ICM and YouGov – claims that employees will be reluctant to give up their new way of working after lockdown. Nearly half the workforce think flexible working will increase, with a third (33 percent) of this group expecting to increase the amount they work from home by at least three days a week after lockdown, and 81 percent expecting to work at least one day a week from home.

The report also suggests that tech could be the solution for bridging geographic inequality in the UK – with current lockdown restrictions reaffirming many employees’ ability to work from anywhere.

Currently, two-thirds of employees (62 percent) live within 30 minutes of their workplace. However, according to ICM, if working from home was easier and more common this figure would reduce by half (to 36 percent) and instead two-thirds (63 percent) of Brits would be willing to live up to an hour away from their workplace. This suggests that competition to attract and retain staff could intensify post-lockdown, as businesses compete with a wider range of employers from across the country.

While two in five employees currently live in a city, research from YouGov shows that if they had the ability to work more flexibly nearly half of city dwellers (41 percent) would move out to more rural locations. The places that might expect a population boom as a result of increased flexible working would be:

‘Sweet spot towns’ – places like Margate – will likely benefit, as they appeal to people’s lifestyle aspirations, whilst lending themselves to flexible working patterns for employees in the city. As well as people moving, this redistribution could allow skilled people from more disadvantaged areas to access job opportunities that weren’t previously available to them.

Dr Heejung Chung, Reader in Sociology and Social Policy Director at the University of Kent, who is currently researching the impact of flexible working commented: “It will be difficult to go back to normal ways of working after lockdown, as we’ve now proven that most of us can work from home – despite many companies previously telling employees that it wouldn’t be possible.”

“The UK has a huge challenge with the geographic distribution of wealth, and this exaggerates the problem of overpopulation in cities. If people could work from wherever they want to, without any fear of career penalty, this would create a huge opportunity for everyone. Even though the findings highlight that people will be willing to live up to one hour away from work in the future – that’s still constrained by what people feel they currently need to do. If we completely opened this up with consistent flexible working, and we had the right digital infrastructure in place, that time could be significantly increased.”

Whilst once perceived as a bonus, flexible working is now considered the most important workplace benefit, aside from salary, employees consider when taking a new role, according to the report’s authors. However, as our working lives continue to evolve as lockdown persists, employees admit to finding the lack of social interaction challenging. 30 percent of those surveyed by ICM admitted that working from home can be lonely, while 26 percent miss informal socialising with colleagues. But the report claims that continued use of real-time collaboration tools and instant messaging services, such as Microsoft Teams, could be the solution – enabling both planned meetings and lighter-touch, daily check-ins to continue with ease.