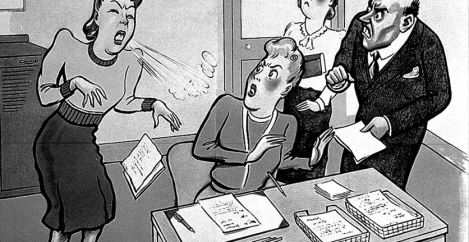 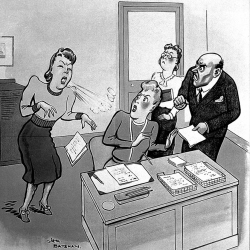 Over the last 12 months, seven in 10 UK business leaders witnessed presenteeism, where someone come into the office when they are unwell, a survey has claimed. The issue is particularly prevalent at certain times of the year, recruitment firm Robert Half suggested, with 71 percent of respondents considering that presenteeism increases during the winter months when colds, flu and other respiratory illnesses are more common.

Three in five said presenteeism rises during the school holidays, while more than half see an increase during times of stress (56 percent), periods of change (54 percent) and at the financial year-end (52 percent). The problem appears to be greatest in the capital, with 83 percent of business leaders in London noticing presenteeism in their workplace, compared to 62 percent in the North.

Presenteeism has a negative impact on both the quality of work and quantity of output, Robert Half warned, and employees risk taking prolonged periods of sickness absence if they don’t rest or spreading their illness to other colleagues.

Presenteeism is often linked to workplace culture and how employees believe they would be perceived if they were to take a day off for illness.

To prevent presenteeism and support health, the most common initiative that respondents offered was flexible working (45 percent). A third said they actively monitor workloads, 31 percent offer the option of working from home and 27 percent offer extra holiday. A fifth offer mental health support.

Matt Weston, Managing Director of Robert Half UK, commented: ‘Presenteeism is the invisible burden on business productivity. It’s not always apparent when someone is feeling unwell or how much an illness or medical condition is impacting their work, especially if they look fine.

‘Presenteeism is often linked to workplace culture and how employees believe they would be perceived if they were to take a day off for illness. There are steps that employers can take to shift these perceptions, most notably by implementing employee wellbeing initiatives.

‘Education is also critical. Ensuring every employee knows the company leave policy and debunking any perceptions that this leave shouldn’t be taken is a good place to start.’