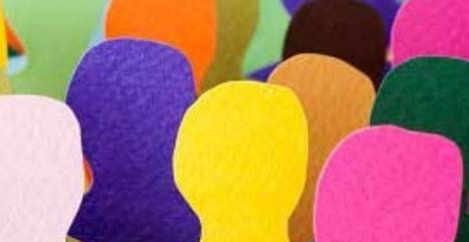 Presenteeism, defined as people coming into work when they are ill, has more than tripled since 2010, according to the latest CIPD / Simplyhealth Health and Wellbeing at Work report.  According to the study, 86 percent of over 1,000 respondents to the 2018 survey said they had observed presenteeism in their organisation over the last 12 months, compared with 72 percent in 2016 and just 26 percent in 2010. The survey also found that ‘leaveism’, such as people using annual leave to work, is also a growing problem. More than two-thirds of respondents (69 percent) reported that leaveism has occurred in their organisation over the last year.

Despite the figures, only a minority of organisations are taking steps to challenge these unhealthy workplace practices. Just a quarter of respondents that have experienced presenteeism (25 percent) say their organisation has taken steps to discourage it over the last year, a figure that has almost halved since 2016 (48 percent). Similarly, only 27 percent of those who have experienced leaveism say their organisation is taking action to tackle it.

Increased presenteeism is associated with increases in reported common mental health conditions as well as stress-related absence, which are among the top causes of long-term sickness absence, according to the survey. However, only one in ten of those who are taking action said presenteeism and leaveism are viewed as a priority by the board, and less than six in ten (58 percent) say their organisation is currently meeting the basic legal requirements for reducing stress in the workplace.

Rachel Suff, Senior Employment Relations Adviser at the CIPD, the professional body for HR and people development, comments: “The survey shines a light on the shocking scale of presenteeism and leaveism we have in the UK, as people feel under even more pressure at work. Increasingly the threats to wellbeing in the modern workplace are psychological rather than physical, and yet too few organisations are discouraging unhealthy workplace practices and tackling stress, which is strongly linked to health conditions such as anxiety and depression.

“In order to encourage a healthy workplace, organisations need to look beyond sickness absence rates alone and develop a solid, evidence-based understanding of the underlying causes of work-related stress and unhealthy behaviour like presenteeism. Without this evidence base, efforts to support employees and improve their health and wellbeing will be short-lived.”

The survey also found that a focus on employee wellbeing as a whole can reduce unhealthy workplace practices. Respondents who agreed that senior leaders and line managers are bought into the value of employee wellbeing were twice as likely to report that steps have been taken to reduce presenteeism compared with those who disagreed. Leaveism is also less common in organisations that are more focused on employee wellbeing. Despite this, nearly one in five respondents (18 percent) report that their organisation isn’t doing anything to improve employee health and wellbeing, compared with just 8 percent in 2016.

Suff continues: “Good leadership and people management practices form the bedrock of healthy and resilient workplaces, so every employer needs to focus their attention on these areas if they want long-term, sustainable change. It’s positive to see that employers who are taking action against unhealthy workplace practices are seeing the benefits of doing so, but we know that that employee wellbeing is still too low down the agenda for many other organisations.

“Put simply, a reactive, ad hoc approach to wellbeing is not enough. If employers want to build a workforce that is happy, healthy and productive, the wellbeing agenda needs to be a priority and employee wellbeing practices must be integrated in the organisation’s day-to-day operations.”

Pam Whelan, Director of Corporate at Simplyhealth, comments: “An organisation’s greatest asset is its people and so it’s vital employers recognise the need to support their employees’ biggest assets – their physical and mental health and wellbeing. It’s concerning to see that levels of presenteeism have risen significantly over the last eight years and more so that fewer employers are taking proactive steps to discourage it.

“The report shows that organisations where senior leaders and line managers recognise the importance of wellbeing as a whole are more likely to report a reduction in presenteeism and leaveism. Therefore, in order to tackle these unhealthy work practices, we would encourage employers to invest in a wider health and wellbeing approach that is embedded into their culture and one that supports a preventative approach to employee health and wellbeing.”