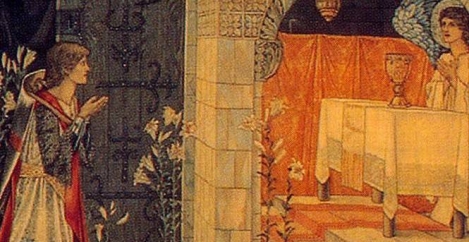 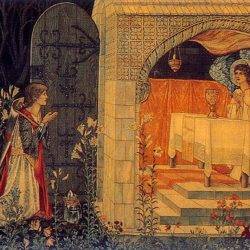 For decades, humankind has sought to establish the link between office design and productivity. And by humankind I mean a parochial band of researchers, suppliers, workplace specialists, futurologists and designers with a special interest in the whole thing. Most other people only expressed a passing interest in the subject. It did not seem to matter to this band that the whole thing had been proved many times over many years, invariably falling on cloth, if not exactly deaf, ears. We’ve known for some time what makes people happy and productive at work and much of the new research has merely served to proved something we already know. Undaunted, researchers maintained their quest for the evidence that would get the message across to an apparently indifferent world. This quest has mutated over the past few years into something that is at first glance only slightly different but which has some rather interesting implications. The go-to workplace topic of the early 21st Century is no longer productivity per se, but wellbeing, and that is making all the difference.

Along with its sometimes evil twin, wellness, wellbeing covers issues that range from the demonstrably true such as the effects of daylight, movement, nutrition and breaks; moves on to increasingly difficult ideas that may or may not be within the control of employers, such as stress and happiness; before drifting off into the realms of things that are probably no business of employers in the first place such as spirituality and various forms of woo-woo. 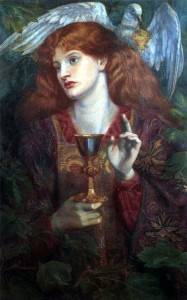 The Damsel of the Sanct Grael by Dante Gabriel Rossetti

Back when the debate was about productivity, things were easy because everything was couched in widely understood terms and there were clear parameters.  Now, even a well respected body such as the US based National Wellness Institute feels comfortable in suggesting that there are six elements to wellness – occupational, physical, social, intellectual, emotional and spiritual – and that these are all equally the concerns of employers.

In the US, things are also muddied by their healthcare system, which encourages employers to take a particular interest in the personal behaviour of employees, including singling out those deemed to have an unhealthy lifestyle. This can be counterproductive and there is a growing body of evidence that the wellness industry is causing more problems than it solves.

That is one conclusion of a recent book by two researchers at Cass Business School and Stockholm University. In The Wellness Syndrome, the authors Andre Spicer and Carl Cederström claim that the fixation with monitoring wellbeing and initiating wellness programmes may be having the opposite effect to that intended. The book argues that an obsession with wellness obliges some people to pretend to be happy at work, even when they are not and that the pressure to fit with a corporate notion of what constitutes a ‘well’ person makes them depressed and anxious that they will be labelled by their employer and colleagues if they don’t fit an ideal. The wider social pressures to present ourselves as fit and happy are transposed into the office.

We have known for some time that a focus on a particular issue can have unintended consequences. Take the example of our obsession with what is arguably the UK’s most common source of workplace misery and absenteeism; stress. Look up the word stress on Amazon and you’ll be offered over 60,000 results including titles such as ‘Stress Proof Your Life’, ‘How to do More Work in Less Time’, ‘Beyond Anger’ and even – refreshingly –  ‘Stress in the Workplace and How to Cause it’.

The Attainment of the Grail, tapestry by William Morris

Our awareness of stress appears to be directly related to its incidence. The more we talk about it, the more stressed we get. One of the ways we might explain this is by borrowing an idea from the world of quantum mechanics. A commonly held interpretation of Werner Heisenberg’s famous Uncertainty Principle is that ‘the act of observation changes the nature of the object being observed’.

This means that the more you ask people whether they feel stressed and the more you talk about it as an issue, the more stressed they claim they are. This is not merely attention seeking behaviour. Nor should we fall into the trap of generalising based on the minority of people who take advantage of an indefinable and largely self-determined condition to get time off work. In most cases, I would argue, we are tapping into a well of general unhappiness about work. I once heard this referred to as the ‘medicalisation of dissatisfaction’ and I think that sums it up well.

This is a complex issue not least because of the subjective component of stress, the willingness of doctors to allow people to self-diagnose, and the idea that what we used to call ‘pressure’ may now often be redefined as ‘stress’, especially if we are asked what is making us unhappy at work.

One of the outcomes of this shifting of definitions is the attempt by organisations to manage stress in the workplace in the wrong way. Some of the solutions they try may be too superficial to have an impact. Certainly I don’t think that anybody who is badly stressed will be affected by the colours of the office walls.  Other attempts to resolve the problem may be entirely unproductive if employees are stressed because of external pressures at home or if they are failing to address their own reactions to what may be normal work pressures.