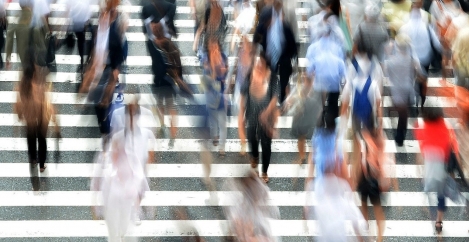 Employment intentions at their strongest in a year 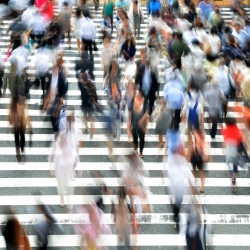 UK employers are reporting their strongest employment intentions in a year, the latest CIPD/Adecco Labour Market Outlook claims. The survey’s net employment intentions figure, which measures the difference between the proportion of employers expecting to add jobs and those planning to cut positions, rose to +11 this quarter – its highest in a year. This compares to -1 in the previous quarter.

Over half (56 percent) of the 2,000 employers surveyed indicated they are looking to recruit in the first quarter of 2021, up from 53 percent in the previous quarter and 49 percent six months ago. This is down from 66 percent during the same quarter last year. Sectors that are indicating strong hiring intentions include healthcare (80 percent), finance and insurance (65 percent), education (65 percent) and information and communications (67 percent). However, this optimism does not extend to sectors that continue to be affected by the social distancing measures, such as hospitality (36 percent).

The share of organisations planning to make redundancies in the first quarter fell from 30 percent to 20 percent compared with the last quarter. In the private sector, companies signalled more willingness to maintain their workforce, with the number of employers saying they are planning redundancies dropping from 34 percent to 20 percent. Around a quarter (27 percent) of companies surveyed in the hospitality sector indicated they are prepared to reduce their headcount further in the first quarter.

Employer confidence may be increasing due to a combination of factors, including the Brexit free trade agreement, the extension of the Coronavirus Job Retention Scheme to the end of April and the anticipation of economic recovery later this year. While these are encouraging signs for the labour market in the short term, the uncertainty of both future restrictions and government support beyond April could further test business confidence in the medium-term. The CIPD is therefore urging the government to extend the Coronavirus Job Retention Scheme until at least the end of June to help support sectors most affected by the restrictions.

• The rise in net employment intentions is largely driven by private sector growth, which has seen an increase to +11 from –5 in the previous quarter. The net employment balance – an indicator of employment confidence – is +15 for the public sector and +9 for the voluntary sector.

Gerwyn Davies, Senior Labour Market Adviser at the CIPD comments: “These are the first signs of positive employment prospects that we’ve seen in a year. Our findings suggest that unemployment may be close to peak and may even undershoot official forecasts, especially given the reported fall in the supply of overseas workers. However, it is far too soon to rule out further significant private sector redundancies later in the year if the government does not extend the furlough scheme to the end of June or if the economy suffers any additional unexpected shocks. It would be hugely counterproductive if the government’s financial support faltered while some of the biggest sectors of the UK economy are still in survival mode.”

“These are the first signs of positive employment prospects that we’ve seen in a year.”

Alex Fleming, Region President of Northern Europe, Adecco Workforce Solutions, comments: “The start of 2021 has been challenging, with the UK entering into its third lockdown. It is still positive to see some signs of labour market recovery, with a clear rise in net employment intentions. The furlough scheme and redeployment have enabled many organisations to avoid redundancies during the pandemic, and as we continue to transition into the new era of work, government support will remain a key factor in helping to minimise any further jobs fallout.

“Investing in reskilling and upskilling will also remain an important tactic in future proofing the workforce. Even with a Brexit deal and the vaccine rollout underway, there is uncertainty, particularly among the younger generation, when it comes to remaining in the UK for work. Therefore, companies that invest in career development, enhancing the skillsets of employees and maintaining a positive workplace culture will help to strengthen their talent attraction and retention strategies during what remains such an unprecedented time.”