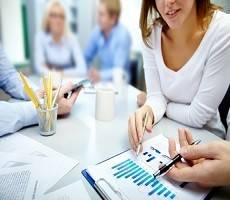 A strengthening economy has helped the UK to rise up to 14th position out of 27 OECD countries in PwC’s annual Women in Work Index, but it still lags well behind many other countries in overall female economic empowerment. The Nordic countries continue to lead the Index, with Norway maintaining pole position, followed by Denmark and Sweden. These three countries have consistently occupied the top three positions in the Index since 2000 and the reason is that they all have a much fairer balance between genders on managing work and family life. By comparison, although the UK is in the top 10 performing OECD countries on female participation in the labour force, this is negatively impacted due to the low proportion of women in full-time employment; suggesting that flexible working  is having a negative impact on many women’s career prospects.

PwC’s research shows that the improvement in the UK’s performance was largely due to the economic recovery, which has driven improvements in female labour force participation (both in absolute terms and relative to men) and a reduction in female unemployment. This improvement in the UK’s labour market performance has been markedly stronger than the OECD average, pushing the UK four places back up the PwC index rankings.

As well as the UK, Hungary and the United States have made the biggest progress on the Index since last year, moving up five and three positions respectively.

“It is encouraging that the UK is making gradual headway and has returned to its position of 2000. The economic recovery has benefitted both men and women, but more so for women as indicated by the closing gap between UK male and female labour force participation and the employment rate.

“However, the UK is yet to fully address the underlying factors in the labour market that influence gender pay gap and the proportion of women in full time employment. So there is still has a long way to go before we catch up with Nordic countries.

“If we want to see a meaningful change to women’s economic empowerment in the UK, we need to make sure that the contribution of women in the workplace is fairly recognised and remunerated, and to support women in continuing their careers after having children.

“Meanwhile, other southern European countries such as Greece and Italy at the bottom of the Index are still struggling to improve their performance since the fallout from the economic crisis.”

The Index shows that the UK is in the top 10 performing OECD countries on female participation in the labour force and performs above average on female unemployment levels, but its performance is negatively impacted due to the low proportion of women in full-time employment. The UK ranks well below the OECD average on this measure and is in 25thplace out of 27 countries.

The average gender wage gap across OECD countries has remained unchanged since 2012. Whilst the UK has achieved a small narrowing of the gap since last year, Ireland and Australia fared the worst, reversing the gains made since 2000.

Gaenor Bagley, head of people and executive board member at PwC, said:

“Whilst it is positive that the UK is gaining ground, it is clear that the low number of females in full-time employment is preventing the UK from competing with the Nordic countries at the top of the index. Despite the perception that flexible working helps women, our index and wider research suggests that it is still holding back women’s career progression. The reality for many flexible workers is that they have to work harder for promotion and don’t progress as quickly. The decision to go part-time is often made for short-term reasons, but unfortunately for women it often seems to have a wider, long-term negative impact.

“The Shared Parental Leave policy, which comes into force in April, is a step in the right direction but the UK’s cultural perception of gender equality needs to catch up with such changes in policy. Some of the reasons the Nordic countries top the Index is down to the recognition that all individuals should be able to balance their career and family life, and to support themselves. For example, childcare and household tasks are shared between parents, which has enabled a more equitable distribution of labour at home and improved work-life balance for both men and women.

“For the UK to make real progress we first need to solve the culture challenge. We know women are confident and ambitious; they just need a workplace and society that support these aims. This often means getting the basics, such as how people are assessed and rewarded at work, right.”