It is now a truism that society expects more of business than merely maximising shareholder value. Milton Friedman’s conviction that unswerving commitment to this single goal would ensure that business and society would prosper has come to be seen as blinkered, unfit for the twenty-first century and enabling of corporate greed. Instead of shareholder value maximisation, an idea that The Economist called ‘the biggest idea in business’ in 2016, businesses are now encouraged to recognise their responsibilities to an array of ‘stakeholders’, from employees, suppliers and customers, to the planet itself and other communities (real or imagined). So, it has never been more important for businesses to do good, have a clear sense of purpose and be seen as doing so.

As social consciousness proliferates amongst consumers, so businesses are required to develop their awareness of who their operations affect and how. The financial statements and pronouncements of companies now contain references to climate, gender and racial equality, modern slavery, the mental health of employees and other matters that a previous generation would not have seen as the preserve of corporate entities. A prime example of this is the development in the company’s duty to its employees – from their responsibilities under the 1974 Health and Safety at Work Act to prevent serious physical harm to workers to the corporations of today assuming responsibility for their staff’s general sense of wellbeing, particularly during the strain of a pandemic.

Of course, sometimes articulating a belief about societal issues can assist with maximising shareholder value. Nike’s ad campaign featuring Colin Kaepernick and his stand for racial justice earned them record revenues as a result. Examples like this, however, have led to charges of inauthenticity being levelled against such businesses – is the old urge to maximise shareholder value merely being cloaked by concern for those impacted by the activities of big business?

Politicians and regulators have long wrestled with how best to ensure that businesses fulfil their duties to shareholders and society at large. In 2016, the term ‘public interest entity’ came to the fore in the UK as European Union legislation was adopted, which attempted to identify those businesses (largely those listed on the stock exchange) that had the most significant effect on wider society. Then in 2018, the Corporate Governance Code for premium listed businesses was revised by the Financial Reporting Council (FRC) to provide a comprehensive set of principles to guide companies in their quest to be model corporate citizens.

This included effective leadership in pursuit of the business’s long-term purpose and goals, collegiate leadership where power is not concentrated in the hands of any one individual, and diverse leadership whose performance is regularly appraised. It also called for the establishment of checks and controls to ensure that the business reports its results fairly and manages its risks responsibly, and insisted that remuneration should be transparent and based on merit.

Additionally, 2018 saw the publication of the Wates principles, which were intended for large private companies.  This contained six principles similar to those in the Corporate Governance Code, but less prescriptive in how they are required to be applied. A common thread running through both, however, is the emphasis on purpose; the clear implication that a business should have a purpose beyond merely maximising shareholder value and that by focussing on that purpose, the activities of the business can be aligned with society’s interests.

The regulator’s prescription is that by exhorting businesses to be frank about their purpose, these businesses can then be held accountable as to the value of their purpose and their success in living up to it by the individual actions of customers, suppliers, employees, the Fourth Estate and Government.

Larger businesses are now required to include a section 172 statement in their accounts, which sets out how they have been mindful of the interests of all their stakeholders (from their employees to the environment) in the conduct of their business. This highlights the fact that the more a business grows, the more its activities have a bearing on the rest of us.

Importantly, research indicates that businesses with a clear sense of purpose grow three times faster than their competitors. Whether this is due to the internal unity this provides or the talent it attracts, it is clear that in pursuing a purpose that is aligned with the long-term interests of the consumer rests the best hope of success for businesses of all sizes. The Chartered Institute of Personnel and Development places employee engagement at the very pinnacle of their wellbeing pyramid model, further demonstrating that successful businesses manage to inspire their workforce with a sense of the preeminent business purpose. 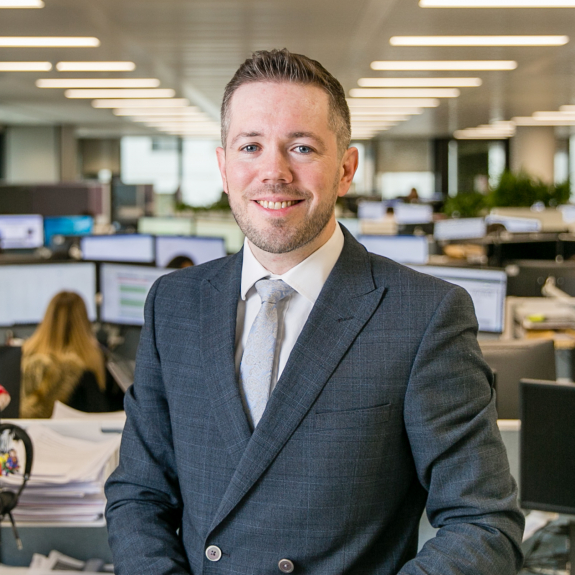 David Lineen is a director with haysmacintyre