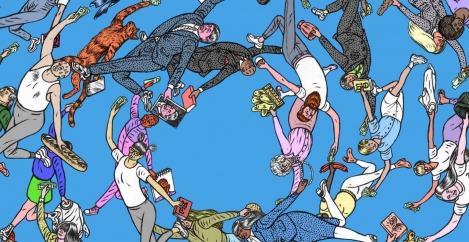 Sociopathic corporations, the office as home, self-promotion anxiety and some other stuff 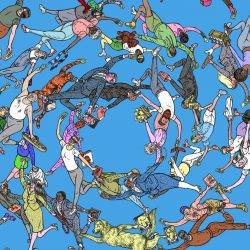 There is a theory that when companies talk about issues such as corporate social responsibility they are doing so because it helps them to achieve their business goals. This is the coldly rational thing to do according to people like free market guru Milton Friedman who argues that companies should not actively pursue altruistic ends unless that pursuit is ultimately in the interest of their shareholders. As Friedman puts it: ‘Hypocrisy is virtuous when it serves the bottom line. Moral virtue is immoral when it does not’.

This principle has always been problematic, not least in inviting the conclusion that organisations sometimes behave in sociopathic ways, even when not led by sociopaths. This was the core premise of the 2003 documentary The Corporation, has long been a plot device in movies and literature and has often been supported by real life examples.

It’s a particularly troubling issue in the era of AI, and one raised by Jonnie Penn in The Economist. As Penn highlights, problems arise when the technology and algorithms used by organisations are based on thinking that was faulty to begin with.

In our modern era, we should perhaps be most worried about the fragile psychological contract between employees and employers and the growth of the gig and shadow economy. This isn’t just about corporations loosening the bonds of work, but also the way we view ourselves as commodities, in which even our personal lives are subject to market thinking, external approval and the framing of algorithms, an idea explored in this piece in the New York Times.

Russ Dawson considers one particular facet of this development in this piece, specifically how uncertainty in each of the forces that shape work – technological, economic, cultural, social and personal – may redefine our expectations. 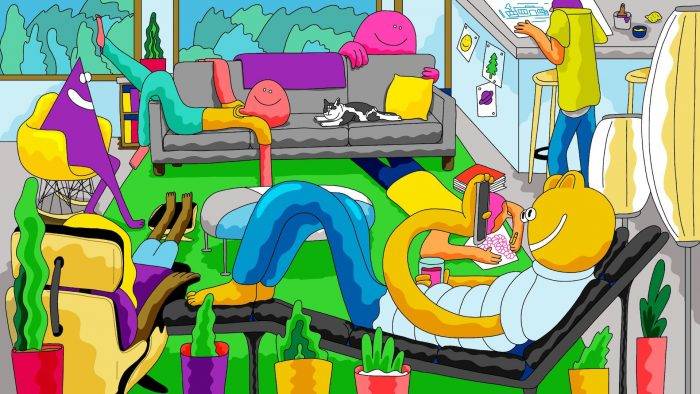 Not all of those expectations may be lower. As this superb piece from Alexandra Lange argues, the office is more and more starting to resemble the living spaces in our homes as we see the functions of the office mirror those we expect in our private lives, not least the ability to create meaningful relationships.

One other facet of domestic life that employers have long struggled with is the nap. There has always been plenty of evidence to suggest that some shut-eye is good for us and our productivity, but it’s still seen as shirking. It’s an issue raised yet again in this piece by Stephen Marche, which contrasts the ability of freelancers to enjoy an afternoon kip with the lot of hypercapitalist drones who feel as if they must squeeze as much screentime as possible out of each day.

One other raised expectation we should be looking towards is better lives for women, something in which Iceland leads the world according to the country’s Prime Minister Katrín Jakobsdóttir in this piece for the World Economic Forum.

Talking of Iceland, no place on this interesting list of Buildings in Music compiled by Michael Brooks for some of my favourite bands from a country that has always punched way above it weight in this domain, especially when it comes to ambient, textured and eccentric sound. So, a nod instead to the Brian Eno inflected The Unforgettable Fire album by U2.

And finally, farewell then CEBIT. Europe’s preeminent technology show is to be absorbed into other events as a result of declining bookings and visitor interest. Make of it what you will.