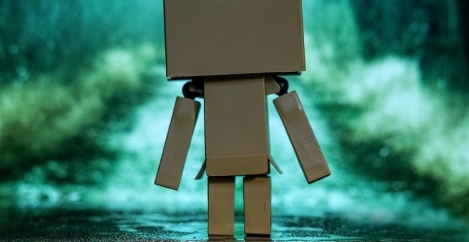 Firms don’t use artificial intelligence much, so the current hype is tripe 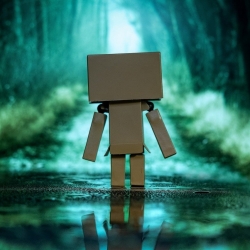 Many governments are increasingly approaching artificial intelligence with an almost religious zeal. By 2018 at least 22 countries around the world, and also the EU, had launched grand national strategies for making AI part of their business development, while many more had announced ethical frameworks for how it should be allowed to develop. The EU documents more than 290 AI policy initiatives in individual EU member states between 2016 and 2020.

The latest is Ireland, which has just announced its national artificial intelligence strategy, “AI – Here for Good”. It aims to become “an international leader in using AI to benefit our economy and society, through a people-centred, ethical approach to its development, adoption and use”.

This is to be obtained via eight policy commandments, including increasing trust in and understanding of AI by using an “AI ambassador” – a veritable AI high priest – to spread the message around the country. Another aspect is to promote AI adoption by Irish businesses and the government within a special moral and ethical framework. There are several shortcomings in this strategy, which it shares with similar efforts by other countries (leaving aside more obviously bad AI strategies, such as that underlying China’s surveillance state).

Such strategies uncritically share the hype and hysteria surrounding AI. A typical example would be the chief executive of Google’s owner Alphabet, Sundar Pichai, claiming in 2016 that “AI is one of the most important things humanity is working on. It is more profound than, I dunno, electricity or fire”.

The strategy lauds various useful existing AI-based apps – which, for instance, improve cycling infrastructure in Dublin, provide Irish language tools, save energy, and comfort dementia suffers – but it is hard to see how more of these could double economic growth. He would say this, as his company’s business model critically depends on AI, and on people trusting the technology. Ireland’s strategy goes precisely along with such hype by repeating the claim that artificial intelligence could double Irish economic growth by 2035. It doesn’t detail whose growth, or how.

A few platform firms such as Google, Apple, Facebook, Amazon and Alibaba enjoy winner-takes-most benefits due to the fact that current AI requires large amounts of data

Most notably, AI is central to a few digital platform firms such as Google, Apple, Facebook, Amazon and Alibaba – GAFAA for short. They enjoy winner-takes-most benefits due to the fact that current AI requires large amounts of data. As more people use your platform, the profitability of the data grows exponentially.

This has given a huge first-mover advantage to those companies that got it right, turning them into monopolists and gatekeepers. Digital platform firms disrupt existing businesses by out-competing them every time – a good example being how Google, basically an online search-engine, disrupted the advertisement-driven business model of newspapers, or how Apple is selling more watches than the centuries-old Swiss watch industry.

These platforms also depress the start-up of new firms, for instance by buying up all potential new competitors. This stifles innovation.

And increasingly, entrepreneurs have to compete on these platforms – for example, Amazon Marketplace. They can be at the mercy of abuses such as fake product reviews by competitors; rulings on such issues by the gatekeepers that are unpredictable and opaque; and sudden algorithm changes that can affect their business by making them, for example, less visible to potential customers. Then there is the phenomenon of digital subsistence entrepreneurs – online sellers who barely earn a living wage.

Ireland’s AI strategy ignores the above problems with platform capitalism. The name Google appears only once in the entire document, and Amazon and Facebook not at all. There is no reference to digital platforms, platform capitalism, the DMA, DSA or the EU’s many antitrust actions against Google. The omission is like Hamlet without the Prince.

Ireland’s AI strategy should have specified how and when AI will achieve the economic benefits it mentions – and who will reap them. It also should have offered a vision of how to make sure that the nation does not suffer from the GAFAAs or become a mere agent of them.

Firms don’t use it

The strategy also assumes that a lack of trust in artificial intelligence is due to people not understanding the technology well enough. So voilà, teaching people data science and having an AI ambassador, like a modern-day prophet, is the answer. One may expect precisely the opposite outcome: the better people understand AI, the less they will trust it.

Firms do not adopt AI, not because they don’t trust it, but because it makes little business sense

This would actually be desirable, of course. In the US, where understanding of AI is fairly advanced, adoption rates of AI are in fact meagre. A recent US Census Bureau survey of more than 800,000 US firms found that only 2.9% were using machine learning as recently as 2018. A 2020 survey by the European Commission also pointed to very low adoption levels.

Many other surveys confirm the low adoption rate of artificial intelligence. Firms do not adopt it, not because they don’t trust it, but because it makes little business sense. It is too expensive, usually with paltry returns, and comes with an exorbitant environmental price tag – and all that before you factor in the domination of the incumbents.

Ireland’s “AI – Here for Good”, like many similar national strategies, seems to believe in miracles, for instance that various circles can be squared. These include enabling access to large volumes of relevant data for all firms while protecting everyone’s privacy, and turning the country into a powerhouse for training sizeable deep-learning models and massive data centres while cutting CO? emissions. It admits no trade-offs.

The implied message is that Ireland  and other governments can pluck wonderful fruits from a thicket of thorns, just so long as they trusts in AI and adhere to its particular ethical commandments. Transhumanists, GAFAA, and other winners-takes-all in the digital economy will approve wholeheartedly.

Majority of organisations are still developing a workplace strategy A digital presence saw some small businesses through Covid, but support now needed