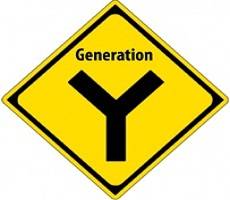 Millennial or Generation Y workers are not the bunch of entitled youths we’ve been led to believe. Those born between 1980 and 1995 say they would choose workplace flexibility, work/life balance and the opportunity for overseas assignments over financial rewards. PwC’s NexGen survey reveals that millennials view work as a thing rather than a place that requires a traditional nine to five routine, so are more likely to stay in a job if they feel supported and appreciated, are part of a cohesive team and have greater flexibility over where and how much they work. This contrasts with the non-millennial generation, who place greater importance on pay and development opportunities.

Flexibility is seen as a key priority for both generations of workers, with 21 per cent of female and 15 per cent of male respondents saying they would give up some of their pay and delay a promotion in exchange for more workplace flexibility. However, unlike past generations who were willing to work beyond their contracted hours in the hope of rising to higher-paying positions later on, millennials are largely unwilling to give up a good work/life balance. This generation of workers is not convinced that such early career sacrifices are worth the potential later rewards.

Gaenor Bagley, head of people at PwC, said: “Millennials want more from their jobs than just financial reward. A strong and supportive team, flexibility and work/life balance are far more likely to keep this generation motivated at work and many would be willing to forgo pay rises and promotions for greater flexibility.

“Millennials view work as a thing, rather than a place, so companies will need to free themselves from the traditional nine to five mentality if they want to attract and retain this generation of workers.

“The Millennial generation will make up 50 per cent of the workforce by 2020 so it is vital employers understand what motivates this generation. Many companies will have to completely re-think how they attract and reward their workers, or risking losing the best talent to companies which adapt to meet their needs.”

Other findings from PwC’s NextGen study:

PwC’s NextGen study compared responses among millennials and non-millennials at the same stage of their careers, and was carried out in conjunction with researchers at the University of Southern California and London Business School. The report is based on responses from 44,000 of PwC’s employees, more than 300 interviews, and focus groups across 18 global territories.

More information on the study can be found here: