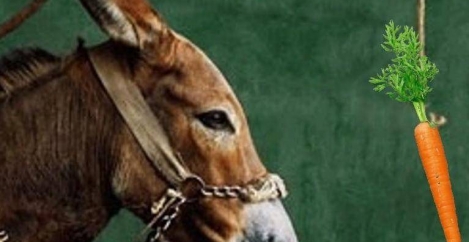 The way we talk about workplace productivity needs another dimension 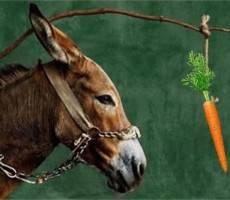 One of the most typical claims that suppliers in this sector make about their products is that they will make people more productive at work. Many go so far as to put numbers on what this means, and usually not just 0.4 percent or whatever but something far more. We can understand why they do this because they are seeking to link workplace productivity to whatever it is they have to sell. This is often tenuous for at least two reasons. The first is that even when such a causal link is demonstrably true, it still assumes that all other things at work are equal, whereas they never are because there are so many factors involved. That is why you will find some people cheerfully working in shabby, cluttered, underlit offices while others mope around unhappily in gilded cages with expensive chairs, soaring daylit atria and olive groves. The second is that such claims simply ignore what makes people tick.

That’s an easy statement to make because nobody has ever nailed that one down and I’m certainly not about to be the first. But we do know some things and one of them is that not everything at work serves as a motivator. Some things are ignored until they are gone. The first person to frame this idea in simple terms was Frederick Herzberg who came up with his two factor theory to explain how this works.  The theory goes that there are some things about jobs that help us be satisfied at work, while a completely different set of factors cause us to be dissatisfied.

Herzberg labelled these things motivators and hygiene factors. Motivators include things like recognition, a sense of achievement, personal growth and so on. Hygiene factors include things like wages, working conditions, benefits, a positive culture and so on. These do not motivate people but cause them to become dissatisfied if they are missing or dysfunctional in some ways.

The fact that money is not a motivator usually still comes as a surprise, but we know quite a bit about how that works, as demonstrated by this video from the RSA. Because we tend to assume that money is a motivator, surprised researchers still try to draw conclusions when their surveys tell them that it is not, including with this particular survey of GenY workers from PwC which found that they weren’t motivated by money so much as other stuff. By concluding that this marks Millennials out as different from previous generations, the researchers are ignoring the fact we’ve known this to be the case for all human beings since at least the 1950s. It adds even more credibility to my own pet theory that we are treating this next generation as alien invaders.

Leaving aside the effects of specific products on the physical wellbeing and performance of individuals, it’s pretty apparent that most or all workplace products are not the motivators some manufacturers claim  when we judge them on the basis of the two factor theory. They are hygiene factors, which people will be unhappy about if they are missing or removed but won’t motivate them when they are provided.  This doesn’t form the basis for a good marketing message but it would at least be honest and turn a misguided one dimensional message into a two dimensional one.

This is not just an issue to be addressed by the marketeers of office products. It is also one of the underlying challenges for facilities managers in convincing people of the worth of what they do. FMs are also prone to fall into the trap of trying to sell hygiene factors as motivators. Whereas, as the incomparable Simon Heath pointed out in a comment, the things we only miss when they are gone can be very important to us.